ADMINISTRATIVE ERRORS ARE BOUND TO OCCUR IN ENORMOUS QUANTITIES

Sometimes one feels like an Icelandic honey salesman trying to get cynical Londoners to try the latest sweet offering. As with everything Icelandic, it smells like fish. Meaning that the little pork cook-up I made yesterday evening for supper was delicious. Frazzled some anchovy, garlic, chilipaste, and ginger in the bottom of a stew pot, added the pork chunks and tossed them to gild in this, then squeezed a lemon on top, added a jigger of fish sauce and some star anise, plus broth. Green bellpepper cut into slivers. A handfull of spring onion in two inch segments, and a teaspoon of sugar. Simmered on very low for over an hour.
The Icelandic honey salesman within was happy.
The apartment has a distinct odour now.
Best leave the windows open.


Sometimes I think my apartment mate doesn't appreciate it when I cook "Icelandic". This time, not a word. Maybe she has a minor cold?


Still, good to not tempt the fates by lighting my pipe inside before she leaves.

Recently I realized that the problem with lunch in the late afternoon with a cup of milk tea, followed by a smoke in a quiet alleyway, is that I would rather have that cup of tea while smoking, and sitting down inside. As I'm sure is common among old crotchetty codgers in San Francisco, that's why you never see any other men with pipes here. 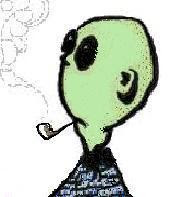 They are all indoors. And they live alone. Because the modern family is not conducive to that life style. The reek of pipe tobacco interferes with playing video games while watching reality shows. Women on 'Real Housewives' can smell old Angus smoking in the upstairs bedroom while his dear wife Blanche is watching downstairs from all the way across the country. In the middle of some fabulous cat fight, one of them will turn to the camera and say "tell that old white guy you'll throw him out if he continues doing that; it's nasty!"

And Angus, being an ornery sort (he uses his war wound rhetorically on social occasions), soon finds himself out on the compost heap in the freezing cold with possums, raccoons, and needle-using drug fiends passed out and dying of an overdose. Because he didn't believe her or the kids when they threatened him. And the company of heroin addicts and rabid wild creatures is what such criminals deserve. Both Oprah and Ellen DeGeneres agree.
Gwyneth Paltrow sells a candle to get his aura out of the drapes.
In addition to special yoni crystals.

Cigar smokers have it worse. Deservedly. They all smell Like Uncle Sid. Blanche's gall pals all ganged up and beat those men to death with their gameboys and yoni crystals before divorcing them, throwing their collections of classic old vinyl rock and roll discs out with the bathwater, and calling a shaman to conduct purifying rituals. Many of them now live in rat-infested Tenderloin residential hotels, where even in the lobby where you used to find ashtrays and recliners you now cannot smoke anymore, signs have been posted.
They sit on the curb in front muttering "Havana, Havana" disconsolately.
Many of them pick up dog poo for a living.
Or work as lawyers.


San Francisco is a gloomy place.


A pipe I smoked yesterday reminded me of a friend who passed away years ago. He did not like the smell of MacBaren's Virginia Flake in the small rectangular yellow tin -- it reminded of him of his grandma's sock drawer or something. "An elegant flavor with a full and pleasant mild taste has been added." I was banished to a secluded spot around the corner, and seeing as that pipe had a deep bowl, I was there for over an hour.
Without, I might add, even a cup of milk tea.
It gets mighty cold there.

I think he was fine with sage, yoni crystals, and shamanic hoohah.
Those being the benefits of Californian married life.


My apartment mate is nothing like that. She'd probably chase the shaman out into the street with her sword, and swear up a storm if anyone lit sage and danced widdershins anwhere near her. She just dislikes tobacco smoke (allergies), and I can respect that.
When she's at work I might indulge inside with the windows open.
In the afternoon the place airs out.
And I freeze.

[She's not at work today, having called in sick. So no pipe inside at all.]

One of the benefits of decisively flavoured food, such as the pork stew, is that preparing such things tends to keep other people out of the kitchen and cover the smell of surreptitious puffing there very well. Fishy fishy fishy.