WE COME IN PEACE!

One of the most inspirational movies ever is Mars Attacks, featuring Jack Nicholson as the beleaguered president of the United States during an invasion by nasty little green men. Who wreak havoc and have a massive blasting spree, more fun than shooting fish in a barrel. Given that all the humans in the movie are dumber than a stack of logs, which is darn close to real life, one can sincerely admire the Martians' resolve and derring do.

What defeats them in the end is Jesus-cutlery-Christ-awmighty-awful-American-music from the golden age which makes their heads explode.


Last night the bookseller and myself went to the karaoke bar as is our wont, to say 'hi' to Jenny and enjoy the dulcet melodic stylings of sundry haphazard chanteurs. We do that regularly, but we were early yesterday because the second stop on our weekly educational visit to the Beat District was packed with Euries drinking in the colourful local nightlife.

He regretted ordering a second whisky.
I dry-heaved and had flashbacks. 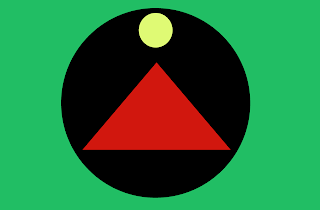 We both spoke well of Andy Lau's crazy shiznit after that. One can never have too much Andy Lau, when the alternative is stupid kwailo yelling the lyrics of crappy popular songs.

There was pain and existential angst. It is distinctly possible that we were both bleeding from our ears when we left. I don't know, I didn't inspect his head; it would have been too forward.
There are times when I regret not touching alcohol. I could have done with a pan galactic gargle blaster to soften the aesthetic blows.

Remember those weapons the nasty little green men had? They would have made mincemeat out of the karaoke machine last night.