HERBERT SANG. HE SHOULDN'T HAVE.

Something I have often said is that white people should not sing karaoke. Many other people shouldn't either, but the very worst singers among us Caucasians usually pick the crappiest songs, and have friends who will scream along with that and cheer us on. Which is probably because we have a streak of meanness and brutality a mile wide, and most of us wouldn't know bad entertainment if it came up and bit us on the rear.

Of course, all that said, "Little White Poplar" (小白楊) is in one sense both a sappy romantic AND patriotic treacle ballad that hits all the right buttons with artificially flavoured fruit candy and sacchrin, and may have been written by an official in the ministry of moral health, but Jenny gave it gusto. It was the only decently sung number we heard while there.
Alas, we came in when it was almost over.
Caucasians after that.

I am neither a fan of propaganda for mom hometown men in uniform girl he's going back to nor nineteen seventies pop music featuring soulful moaning and white women doing weird spiritual shiznit or burning sage.

No wonder you people get drunk at karaoke bars.
Flaming weirdoes who need help.
Sick puppies. 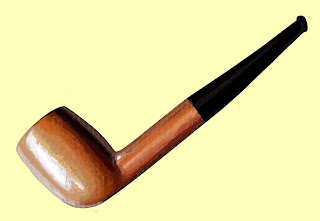 THE PIPE FOR WATCHING RATS IN SPOFFORD ALLEY

As per longstanding tradition dating back to our North Beach days years ago, the bookseller and I subject ourselves to this every week. I smoke my pipe while waiting for him to get off work, then we visit a place with horrible boxed wine, another place with loud music and good beer, and lastly the karaoke joint for some whiskey and conversation. I myself scarcely touch alcohol anymore (because of my medications), but that's no reason to let a fine custom fall by the wayside. It's educational.

Don't worry, we wear our masks as much as possible.
Unfortunately we don't have earplugs.


Other than Euterpean torture, it was a fine night.
We left before it got worse.