Having bought a quantity of Lanzhou noodles (蘭州拉麵 'laan jau laai min'), I let the apartment mate know that she was welcome to help herself, just as with the recently purchased yauchoi. Whereupon the turkey vulture asked if they were 'hamster flavoured', or whether they were suitable for feeding to little girl hamsters and lulling them into complacency or if they would nod off drowsily after eating them.

No, they are not. You should be feeling an aura of menace right now, little dude. Several of them. And Grandpa Hamster hates your guts. Because you are presenting a danger to his little grand-daughter. Whom we cherish. Very much.

Oh, and by the way, dang you are skeevy!


We have told him repeatedly that he may NOT eat any of our roomies, friends, or visitors. No matter how appetizing they might seem to him. And she does NOT look like a little meatball! 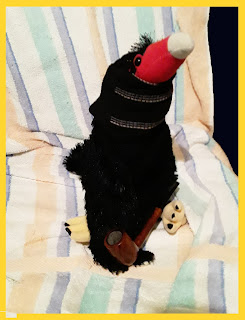 Although extremely wary. And he frequently sounds like an absolute pervert when dreaming about the little girl hamster and what he will do with her, especially if there are fine French sauces, or port wine reductions and truffles on hand.

Fortunately we can all see through him and his skeevy byzantine plotting, and he's extremely ineffective, quite incompetent as a raptor. Turkey vultures have all the opportunistic instincts of carrion eaters, none of the skill of hawks or eagles, and not even a smidge of the clever guile which crows, sea gulls, or wild turkeys possess.

The little girl hamster is careful not to cause any serious damage.
She has never drawn blood when discouraging him.
But he has ended up badly bruised.


There are some charming pictures of hamsters eating noodles on the internet. Apparently they are very much like Italians or Japanese. Except smaller, more compact, and furry.