It is extremely important to remain courteous and polite on Facebook. Not because you might say something hurtful or offend someone, but because you might be banned for a while.
I myself have gotten two thirty day time-outs, because my kindly words of advice to some people to commit vigorous amorous acts upon themselves were taken much amiss.
Nowadays I just ask for their numbers so I can leave suggestive voicemails.

Like almost everyone, I do have a fall-back account. Because I don't trust Zuckerberg's minions. No one does. We beat them up at parties and lock them in the cellar.


A good friend recently came out of thirty day jail. I do not know what he said. I would ask, but that would result in another thirty days. A previous stint in the FB slammer was because he said something honest about certain reprehensible strategic allies of the United States, whom I privately consider a bunch of bedsheet wearing walla walla shouting savages, murderous barbarians, and loathsome swine with almost no redeemable value.
But heaven forefend that I should say aught at all about that on FB.
After all, they are palsy walsy with an ex-president.
Whose droogs are all over the place.
Treacherous bastards. 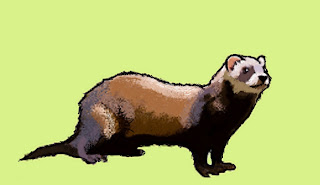 Rather makes one wish they'd bring back the guillotine. Some of our fellow "citizens" are too tall. And many of our rich and famous are in fact insufferable pretentious dicks.

I'm also rather in favour of torches and pitchforks.