The lou paan remarked that we hadn't seen each other in over a year. Which was correct; a pandemic and a lockdown had happened. But the milk tea was better than ever, and I dawdled happily after my snack. I would've stayed longer, but my pipe beckoned. I had filled it with a mixture that included a little pressed firecured leaf. Besides, I couldn't get a good view of the nurse who was having her dinner (petite, with a delicately sculpted face), and I'm not very conversationally gifted. I lit up upon leaving, and turned tthe corner to head down.
The fog had already crept in, early, the air felt moist.

A small old woman with a baby on her back (granddaughter) on Waverly suggested I should not smoke so much, it wasn't good for my health. I agreed, and puffed more discreetly. One should always be respectful of ladies who are a foot shorter. As that generation usually is. Besides, expressed concern by the elderly is a blessing.
It means one has remained a youngster.
Worth encouraging.

Terry asked:
"Does no one smoke non-filter cigarettes anymore? I smoked short Camels for years. As we stood on line to check out of the local grocery, I happened to notice the cigarettes behind the counter. Not a single non-filter among them. There are seventy-'leven different types of Camels, Luckies, Chesterfield and Pall Mall, but not a single one of those old timers without a filter on the end. What's the world coming to these days?"
End quote.

You can still get Camel non-filter (無過濾嘴的駱駝牌煙) in Chinatown, but not State Express 555 straights; I guess the Viet exiles gave that preference up for Marlboro (萬寶路) Lights. 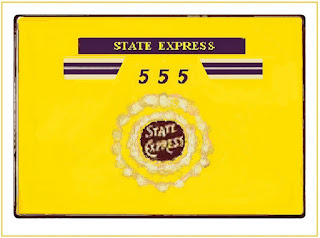 The generation which happily puffed non-filters, to which Terry and I both belong, is no longer as springy and vibrant as we once were, but we're still around. Despite occasional arthritic pangs, we are as feisty as ever. Perhaps a little more like angry turtles than before.

Now is NOT the time to think of turtle soup.


It's not just the generation older than us who are shorter. Several female classmates long ago were also, as well as many other people. And the nurse eating dinner was too. That was one of the things that caught my eye. Small bright people can be very attractive.

The nurses at SFCH held a one day strike the other day, part of a running dispute with the administration that dates back two years. Unsafe work conditions, and not enough staffing.
I'm sure they're right, but when I was in the ICU nearly two years ago, I really didn't notice. To be honest, I had other things on my mind at that time, and the fact that I'm still alive, full of piss and vinegar, and happily talking about unfiltered coffin-nails, pipes and tobacco, and eating fatty meats counts as evidence that their diligence and attentiveness were excellent. 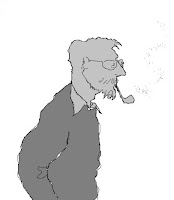 That nurse might have been having her first bite in several hours. Meal breaks are one of the core issues. Finding staff who are not only qualified but multi-lingual is an ongoing problem. It impacts workload. Whenever I've called regarding clinic appointments (non-emergency, I can assure you), I don't always get through to a live human being on the first try. But on the other hand I've never been left out of the loop so to speak, have no reason to complain whatsoever, and the staff have always been helpful, courteous, and extremely capable.

Although they always tell me to not smoke so much.