The underlying structure is the same, but the material hiding it from view has changed; some things are different, and despite similarities one or two aspects are now part of a past. But it all still looks very familiar.

A few more vacant shop fronts, and a few more gates near-permanently closed. Some of the old businesses have been sold. The eye-glasses place opposite the end of Hang Ah now states something to the effect of "cheap merchandise", the barber shop a little further down has the gates closed, but Ming appears to be inside engaged in hair cutting, so he'll probably open up fully once everything is safe again. My bank has one or two more people on staff; there is no longer the palpable fear of potential disease vectors. Food-related businesses appear to be doing well, because after all one must eat. I think all of them will survive.

At a familiar chachanteng I sat down and ordered fish curry and rice (咖哩石班飯 'gaa lei sek paan faan') and a cup of milk tea. The waitress remembered me -- Caucasians who speak Cantonese can't be very common -- and of course I remember her. She looks as bright and likeable as ever, and judging by her interactions with people (staff eating an early dinner) she has a sense of humour. Unfortunately my Cantonese is that poor that I wouldn't even attempt to engage her in any meaningful conversation.

More customers than a few weeks ago.

Including an elderly couple, one of whom addressed the waitress as jeh jeh (姐姐 "older sister") despite her being less than half the age of either of them. Which if I did the same would sound improper -- siu jeh ( 小姐 "miss") being preferred, gu neung (姑娘 "maiden", "younger auntie") is far too formal, high fallutin', and old fashioned (and probably no longer understood in that context) and mui mui (妹妹 "younger sister") being out of the question, as it's too familiar.

Country uncles in old movies would sweet talk to the inocent young thing by addressing her as 小姑娘 (Mandarin: 'xiao gu niang'), and while I'll admit to being a bit creepazoid (it's a talent), sweet Jesus I can't pull that off. 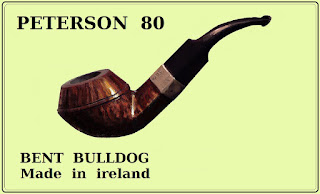 I lingered after eating while finishing my mulk tea. Then, with a loaded pipe, headed out to avoid the maskless tourist idiots now omnipresent in Chinatown and headed back down to the Financial District enjoying some red Virginia with a touch of condimentals. Summer in San Francisco is not warm; I was glad I was wearing a sweater.

The afternoon winds had picked up; it was blustery down on Kearny.
Sunlit. But cold. Not summer weather at all.
Didn't end up smoking much. 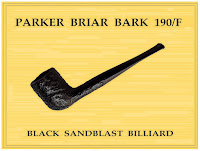 The second pipe I had with me will have to wait till later this evening, when the air is quiet again. I don't feel like going out again for a while.
Familiar places, like a chachanteng where the tourists don't go (because it doesn't offer the Chinese dishes that tourists are used to), are almost like a private club.
And I like seeing friendly faces.

I seriously wish that I could smoke inside.
But that isn't going to happen.
It's a different era.