In some parts of the States people are proud that they are not vaccinated. In some parts of the States, manufacturing or using meth and humping your cousin are common, as well as having glandular excretions over a gun collection or a vehicle on cinder blocks. We are a modern first world webbing laid over a dense layer of trailer. Which is why you should stay the hell out of Alabama, Florida, and Texas. Marlboro country. 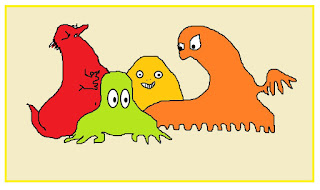 And wherever the heck they voted for Lauren Boebert and Marjorie Taylor Green.


Easy solution: ban visitors from coming to California for the next year, stationed armed guards along the borders to keep out overland drivers, and only allow in trucks that have not been through Trump country and whose drivers can prove that they've had both shots -- even then, test them. Also, take covid deniers to court or fine them. We'll beat this yet.


The same goes for the suburbs, by the way.