Some of my favourite people tend toward obsessiveness and detail, which if let loose on the regular world might make the neurotypicals think that there is more out there than just football, sh8tty pizza, and shopping for handbags. It would startle them. As well as bore them, because neurotypicals are, usually, shallow people, what with being the types who hang pictures in such a way that visiting a doctor's office should be done half an hour early so that one can happily straighten all the pictures in the waiting room.

If there are inspirational posters there, change doctors.

A beloved member of a pipe club writes: "I rarely smoke this pipe because it sits in a cabinet which is inconvenient to my sitting-spot on the sofa. That said, it’s a fine smoker. Amazing, actually. I also personally consider it to be the best piece of carving ever done by Jan Zeman. The pipe is named Dorado, and shaped like the fish for which it is named. Zeman’s execution of the carving was spot on, both in shaping and so that the cross grain on the sides explodes into birdseye on ...... etcetera".

I shall not look up what a 'dorado' fish is. I'm entranced by the concept of "my sitting-spot on the sofa". Two things leap out, namely that he smokes inside (rare in the modern world), and the sofa. I do not have a sofa.

I am not jealous. A sofa means visitors. Who might camp out for weeks because they just moved to SF and are looking for a place of their own, close to shopping, public transportation, fabulous restaurants, and the theatre district. 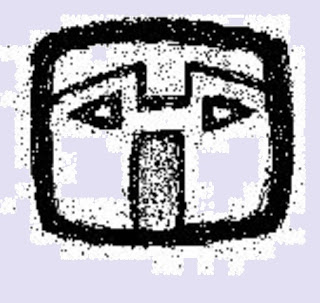 Which I don't want them to do. Firstly because several of my friends are rabbis or talmudists, and would be upset by the impossibility of maintaining any level of kashrus in my kitchen (the other resident in this apartment is Chinese, so pork and shellfish are, as you would expect, de rigueur), and secondly, a number of them smoke pipes. And could not smoke inside either. And I don't really relish overmuch company on my walks with a pipe. There would be conflicts of interest regarding preferred tobaccos, strolling speed, and level of conversation.

Bluntly put: your tobacco is wrong, wronger than that it cannot be; hills are a bitch with this right leg, so I think I'll pause a few minutes, skulking in this convenient dark spot; and while I really do enjoy Talmudic references, those are most appreciated when I'm sitting at my computer, without which I cannot look things up and meaningfully contribute to the conversation, and besides, my pipe just went out. Let us NOT talk about sports.

I suggest discussing the glory days of the VOC, when we Dutch ruled the world and massacred Englishmen trying to muscle in on our pidjin. Pursuant which, it might interest you to know that the linguistic deviations in Malayo Polynesian tongues are more pronounced between upriver areas and the coast in Eastern Borneo and along the arc of early sea voyages and settlement, leading to minor changes with each further jump from island to island, and sometimes complete incomprehensibility just ten miles into the boondocks (a Filippino term from the same root and with the same general meaning as Javanese 'udik') ......

We could talk about Hong Kong movies. I've seen hundreds of them. Nearly everything with Chow Yunfat, Cherie Chung, and several other extremely good actors. As well as most of the movies in the hopping zombie genre.

This morning's early pipe was while the fog was still evident, and it was chilly on Nob Hill.
Red Virginia and Perique flake in a briar I've had for years. 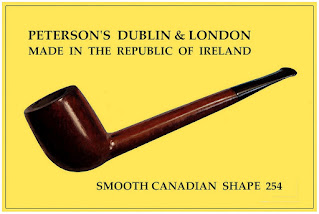 I had to get out of the house. My apartment mate was frying something for breakfast, and my stomach turns at the concept of food before I've fully woken up. Which will take two cups of coffee, a smoke, and reading the news. So at least a few hours after blinking my eyes open. Should I have bacon and eggs (and toast), or Virginia and Perique (in a Peterson)?
Mmmm, let's go with the Virginia and Perique. It's the breakfast of champions.