Most of the engineers went to the English bar near the trainstation, unless like a number of the Englishmen they needed libation during lunch. All of the engineers spoke English; it was the tongue in which the office functioned. The department was located in an unassuming modern office building near Stratum's Eind, conveniently close to the shopping district and several restaurants. As well as tobacco shops and bookstores.
When I first went back several years ago I discovered that dim sum was finally available nearby, remarkably good in fact. That restaurant also functioned in English, as Dutch is, for almost everybody in the rest of the world, a difficult language to learn.


I remember the English alcoholics as a rather likeable bunch, whose failings were nurtured and encouraged by the moist, dark, overcast, gloomy, almost Gothic provincial society in which they found themselves. Which at that time had rather mediocre Chinese food, some exceptional Indonesian, one real curry house, a frituur or friet kraam on nearly every corner, and hospitable bar-cafes everywhere, because to the Brabantine country folk a drinking establishment is the public living room where everyone's social life is conducted.
Students at the technical university likewise.
Communist organizers also. 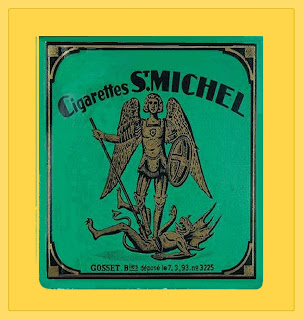 It's probably a good thing that there were no American or Australian drinking establishments in Eindhoven, as there as is only so much "football" and piss-beer (Budweiser, Coors, Michelob, Heineken) that one can tolerate, and kangaroos are a fairly miserable decorative theme.

The best "bar" was run by two crusty old men who took care of their crazed inbred siblings in the second floor and attic, running a drinking establishment they had inherited from their parents below. Only one kind of beer. One kind of genever. Hot coffee. A jukebox. No pool table. No discoball. No subdued romantic lighting. No snacks. No parrish priest allowed.


What comes to mind when I think of that period is Saint Michel cigarettes from Belgium (called "Crotchstabbers" by my father), which I smoked occasionally, the smell of dark shag rolled into cigarettes by my classmates, a lot of rain (the Netherlands is a bog, it rains very often there), the smell of herring, smoked eel, and beer, and the fact that civilized life is impossible without good coffee of a reasonable strength, which America had yet to discover, and in most places still puritanically abjures as heathen foreign swill.


I kind of miss the crotchstabbers.