THE LADIES, BLESS THEM

One of the things that happens seasonally is that pipe or cigar smokers on the internet remark that for various reasons they cannot smoke inside, and it's cold and unpleasant outside.
And how do the rest of us deal with this?
Several of them are married, and have family members.
Whom they wish to keep.

CITE:
One thing I haven’t seen discussed anywhere yet is where do you all smoke? Do you have any tips for good places for a smoke? Smoking is banned from the grounds of my workplace in Ireland. I’m not allowed smoke in my rented accommodation. Most of the outdoor smoking areas aren’t covered or heated. It’s very cold outside in the winter months, even for my car. It’s something which really bothers me. I have bought a hot water bottle recently and I’m thinking of taking it out to the car with me for a smoke. However, it’s a lot more effort than I like and smoking in the car isn’t good for my windows. I’m too lazy to clean them that often. Any guidance would be truly appreciated.
END CITE.

Some of the responses were enlightening.

JOHN:
You're in a tight spot! I'm single, live alone, and am a co-owner of the house I live in, so have far less issues. I might smoke a pipe a day inside of my house, though am careful about removing long-term smells. I also smoke a lot in my back yard. There is a small building there with two open sides, which provides shelter yet also visibility. I often sit out there with a pipe, watching the various birds which come to my feeders. If I'm driving I'll smoke in the car (and clean windows). I'm sorry that you've been so restricted!

JEFF:
Luckily, I have a vented room in our house. I miss being able to smoke anywhere but I side with the non-smokers.

TOMI:
If you currently have no possibilities to smoke indoors, you just have to get used to smoke your pipe outdoors. As a Finn I can say it is no hard after little practise.
I live in my own house. I have one room where I can smoke if I want to but i hardly ever do so. I prefer smoking outdoors in a fresh air. However it gets really cold during storms.

MYKAL:
Sadly, my cat hates my pipe smoking! Runs off the easychair we share whenever I light up! Clearly afraid of second-hand smoke so I have to respect his position.

STEVE:
I have a small office in basement and a dog. In warmer weather, the back porch. There was a time I smoked by the fire, had a beautiful holder for wooden matches, pipe holders new the table. You know, a civilized life. My wife put an end to that about 20 years ago.

DOC:
A few years ago, I was collecting my mail and discovered a notice that smoking of any kind on the premises would be an eviction offense. This after over 35 years of occupancy. Since then, I smoke very carefully, puffing into a rolled up tea towel. Life does get unfortunately complicated now and again. 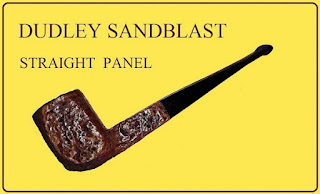 Now, I know the first responder (John), and he is the exception. For other men living alone is not advisable. It leads to stagnation and hygiene issues, as well as too many cats or dogs, talking to the walls, and strange eating habits. Plus living quarters severely yellowed.
That last does not seem like a problem.


The best advice I can give is move to California, settle somewhere near a Chinatown. That way food as well as ingredients for cooking at home can easily be found, the weather will usually be mellow enough to smoke outdoors, and there are enough examples of stubborn old gentlemen around that the inevitable pressure to quit may be alleviated by the awareness that there are many others who are far worse smokers, more crotchetty and arthritic, and more in need of urgent care or live-in nursing, wandering around alleyways hacking and coughing.
Men there smoke like Chimneys.


Certain awnings and abandoned doorways in Chinatown near the clinic are favourite haunts of mine, especially during inclement or windy weather. Haven't run into any of the medical staff or ladies from the pharmacy yet. During the pandemic, the only times I see them are during appointments or when picking up my praescription refills.

Burrowing directly into the hillside, then installing machinery to pipe in oxygen if you've gone deep enough, is also an option. Permanence. Plus insulation, privacy, and badgers.