Apparently white people can't hold their liquour either.
Something to which the pavement gave testimony.

Gonna sound like an old fart now. In my day, you would act sober no matter how squiffy you were. You could have been out all night drinking your damned fool head off, but as soon as the Trip van Zoutlandt Barracks were in view, you pulled yourself up, restrained the urge to let loose your bowels and dinner simultaneously, marched up to the gate, saluted, and passed through. Yes, you might fall flat on your face a moment later, but you had made it, and in the proper form. Youngsters these days!

And by "youngsters", I mean stupid white folks in their twenties or thirties.


By the way: I too am white. And I abstain from alcohol.

My friend arrived about two minutes after I finished my pipe at the usual spot. What I'm smoking these days is an old codger blend, Gold Block ("the aristocrat of pipe tobaccos"), formerly by Ogden's of Bristol, now made by Mac Baren in Denmark. When I first tried it as a teenager I wasn't impressed. Now that I'm over my teens, twenties, and thirties, I actually rather enjoy it. It's really quite good.

It's probably better than what Bristol ever put out. Decent stuff.

Also had a bowl of it after banking and lunch. 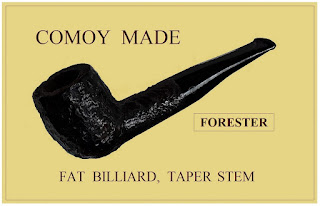 Usual spot. I'm not, strictly speaking, enjoying the outdoors. It's winter, and feels like it. But my apartment mate is a non-smoker and would prefer that I wouldn't stink up the place.
She's been very tolerant of my peculiarities all these years.


My bar crawl friend, my apartment mate, and I myself have never acted like stupid white folks.
Yes, all three of us have been that age. But that was a different age.


A proper karaoke bar should be a quiet place where one can contemplate existence and the meaning of life, perhaps entertained by melodious singing. Or not.
And drink in moderation, if at all.