It is of course axiomatic that what I like may not appeal to you. And, if you are NOT a pipe smoker, it may offend you. If you are a pipe smoker it will still probably displease you, because the overwhelming majority of pipe smokers huff aromatics -- that's well over eighty percent of the market -- and there are large numbers of bright tweed-garbed college boys jauntily huffing Balkans who aver that Latakia blends are top shelf everything else is inferior, and yes they remember Levine in the East Bay who smoked Saint Bruno and ruined his pipes with soggy drool because of it. Actually, that last category has been replaced by expert hipsters who learned nearly everything about pipes and whisky from videos on Youtube.
But no matter. Latakia is definitely it.

[As well as Haunted Bookshop. Because of cult status.]


Everything else, they say, is strictly for elderly coots in bib overalls driving their tractor around the north forty. Grampa really shouldn't be driving, but he's harmless (tolerable) out there even though he has a bloodhound (old, blind, arthritic), his favourite hunting riffle, and a jug of corn mash to wile away the time.

Other than the dead city slicker we had to bury underneath the barn last year, we can deal with him out there. And yes, it is indeed a bitch to get him out of those stained overalls for a bath, but we often hose him down and give him a bar of soap, then the hose again.
He just scrubs without undressing. He's sun-dried.
Let us not speak of him.


Haunted bookshop is mighty fine tobacco, even though in anything other than a corncob it wallops me in the jaw. And I do have over a dozen cobs, that I've smoked for years. They last nearly forever, unless you shove 'em in your back overall pocket and sit on them while toting haybales and swilling corn mash. Many people I've met here in the Bay Area apparently do precisely that -- one old gentleman goes through a dozen of them a year -- but not me.

[What with being neurotic and details-attentive, I naturally know how to take care of my smoking equipment. It's a gift.
All my pipes are clean, and even after decades, in exellent condition. As are my imaginary bib-overalls.]

Most of the time I smoke pressed Virginias or Virginia based blends.

Virginias are soft with an old-fashioned smell, evocative and discreet. Unlike Latakia blends, which trigger vegans and earth-moms from several streets away, old-style flakes ("tobakk skivver", "schijf tabak", etc.) do not reek of creosote and terpeneols, but have a whiff of carotenoids and deliver sweetness and gradual flavour on the centre of the tongue.

[Latakia blends can be velvety, with an intensely stimulating mouthfeel and retrohale. Old fashioned incense, leather armchairs in the library, Englishmen home on leave and desperate to get back to Rangoon, coffee shops on Telegraph Avenue during a poetry event, angry hipsters in North Beach reading both Howl and Robert A. Heinlein, then Dune, spaghetti dinners with an urban guerrilla commune, and traumatized Karens.]

Sadly, there is no product named Dead Whale ("finest Virginia tobacco slices"). But there should be. It would go great with a cup of coffee right now. 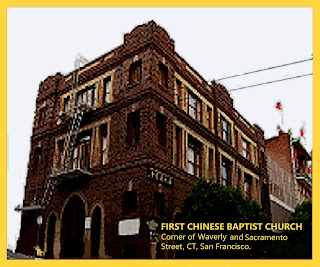 Later today I'm picking up refills at the pharmacy and having lunch, after wich a quiet pipe somewhere in the neighborhood where there aren't many pedestrians, nor feral tourists. Someplace familiar. A good place for "Dead Whale Flake", which is delightfully sweet.

Waverly Place is one of my spots for a smoke. During these times there are few people about, and at present the weather, though cold, is quite bearable. One can sink in thought there.
It's near all the places where I go for a cup of milk tea when I'm in Chinatown.

Man I wish that product actually existed! It's one of my very best ideas.
I should write up a business proposal and formulate the blend.
Red and dark Virginias, steam-pressed.