As regular readers know, in the three and a half months since "shelter-in-place" started, I have been leaving the house before eight every morning with a pipe full of tobacco and a walking stick for the first smoke of the day. From the beginning I noticed a short elderly Cantonese woman across the street tromping up and down the block as part of her daily exercise, because at all times one must stay limber and active.
The auntie with the pistachio ice cream hued hat.
A short vibrant person, neatly dressed.
Older than I, over a decade.

[Shelter-in-place has been partially lifted; I now work three days a week.]


At first she would barely come half way down the block, stopping and turning around at the building in the middle with the bright red paint, which is owned by a cigar smoker whom I know. Not long after that she would pause at the similar building with the cream paint. That point maintained for over a week, then she finally made it to the building where the genius programmer lived years ago. Eventually the light grey building, and the party boys. Darker olive green, the building where the stiff old woman who feeds the pigeons lives. Medium-dark grey, where Mister Siu and his wife and the elderly Cantonese man who owns the Morris Mini Cooper all dwell. Finally, last week, the side-door of the long light green building at the end.

Today she passed that, and the liquor store at the corner.

And kept marching on. Victory!


Several weeks ago we talked. And like a well-brought-up bloke I asked her surname. 請問，你貴姓 ('cheng man, nei kwai sing')? 姓黃 ('sing wong'). Mrs. Wong. Other than noting the building where she lives while passing by, I do not know anything else about her. Being overly curious about other people is not quite done.


Like many Cantonese women of a certain age, she's barely five feet tall, probably less. In more recent generations there is a stark difference. My apartment mate is five four and a half. And when she was in her twenties she was considered 'tall'. Now, she's just average. 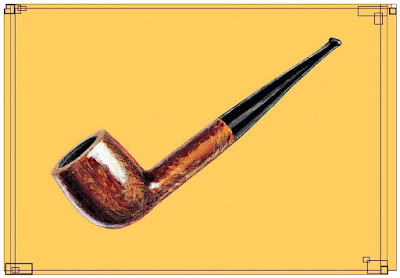 Years ago I was "taller" too. At five eight and a half, I towered over my classmates in North Brabant. These days the Dutch are the tallest people on the planet, and they have become the freaks.
I feel a certain joy in that.

Until about a year ago I thought I was five nine. Then nurse Mak (麥姑娘) measured my height during a regular visit to the clinic, and told me five seven. She herself was considerably shorter, so her ability to gauge was skewed. We compromised on five eight.


Nurse Mak is the person who filled out my chart when I first went to the clinic. When she asked if I smoked, I said yes, then had to explain that it did not equate to "packs per day", and that a pipe was not a large section of bamboo with a little brass bowl at one end and a sort of mouth opening at the other. 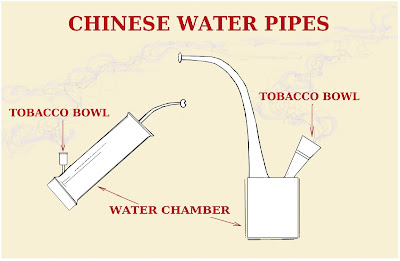 Occasionally you see older men from a more village background in the alleys indulging in their water pipes. It's not that common anymore, as cigarettes are considered hip and modern, and favouring the smoking equipment represented above is strictly old school.

On the other hand, the mainland view of briar pipes is more complex; more sophisticated, and better suited to creative or intellectual types. Sometimes even considered an item proper for the literati class, along with carved seals for signing one's calligraphy and I-Hsing tea wares, brushes for writing, ink sticks and ink stones, and fountain pens because one is modern and a proponent of progress.


I also like to think of myself as a staunch proponent of progress. Stuff like the linotype, lithography, penicillin, universal literacy and healthcare, as well as transportation, drainage, and newspapers, are all marvelous things.
I have grave doubts about modern politics, though.
It seems that the idiots are driving.

Universal literacy has taken a backseat.
Especially in the United States.