SALLY AND BOATIE: FOOD AND THE PROSPECT OF LUNCH

In the same way that Dutch people use serundeng as a necessary garnish for several spicy dishes, the Parsees use thin potato matchsticks fried crisp. Along with eggs, these are almost a definition of Parsee cuisine. The best way to prepare them is deepfrying in an electric fryer, draining and salting them immediately once they come out of the hot oil. They keep in a sealed container, cool dry place, for about ten days.

Parsees dump these on mutton curries, keema, chicken, and even eggs (sali per eedu). Famously, jordaloo boti (a hearty and tangy mutton dish with dried apricots) seems incomplete without sali, though that is not customary. And this would be perfect for cold winters in Brabant (where there are a large number of Dutchmen, and virtually no Parsees).
The most typical dish would be sali boti.

Fry a goodly amount of chopped onion in plenty of oil, add ginger and garlic when it starts to turn golden. Drain off the excess oil, keep frying the onion garlic ginger. Add red chili powder, then turmeric. Chopped chilies shortly after, salt and a small splash water. Add chunked mutton gosht and, and when the oil comes out, throw in several chopped tomatoes (peeled), some red chili paste, and two or three whole green chilies. Simmer for an hour or so, adding water as necessary to keep it very slightly soupy.
Then add ground cumin and garam masala.
Cook only a little while longer.

Then serve with potato straws (sali) on top.
A goodly handful. Both texture and taste.

Or French fries, if you're Dutch.

The spice proportions are three parts red chili powder, two parts ground coriander seed, one part each turmeric and cumin. Garam masala, depending on the recipe you use at home, is a variable quantity; one or two teaspoons should suffice. These are fairly standard proportions that can be used for many dishes, by the way.

For one pound mutton, use two large onions chopped.

Oh, and the quantity of turmeric is variable too.
But only slightly, as it can dominate.


An authentic cook would add a few green cardamom pods at the same time as the chili powder or turmeric, and both the whole green chilies (for aroma) and red chili paste (sambal ulek) are my own thing. Star anise also, maybe a half teaspoon toasted ground poppy seeds (why?), and a bay leaf or two. And a half stick cinnamon, which in the United States might be impossible, because real cinnamon is hardly available here; we tend to have cassia instead. It's not the same.


Jordaloo boti is similar, but with about half a dozen dried apricots added halfway through, for both their flavour and to swell in the pan moisture.
Less or no tomato. As well as a splash vinegar, hefty pinch sugar.

Jordaloo, of course, means apricot. Old Persian, Gujarati, and Marathi. Not, strictly speaking, an Indian ingredient, though they grow in Kashmir.
Sali is Gujarati for straw.


All of this is pursuant a previous post, in which I mentioned that I had a very marked fondness for curry, milk tea, and smoking my pipe afterwards. And it will naturally be remembered that India's most famous military man, Field Marshall Sam Hormusji Framji Jamshedji Manekshaw (born 3 April 1914 – died 27 June 2008) was a pipe smoker, and known for his opinion that you should never entirely trust a man who neither smokes nor drinks.
He was a Parsee, and by accident of birth, a Punjabi.
A fortuitous and splendid combination.
An exemplary man.


"He who neither drinks nor smokes, nor dances; he who preaches and even occassionally practices piety, temperance, and celibacy, is generally a saint, or a mahatma, or more likely a humbug, but he won't make a leader or for that matter a good soldier."

"If a man says he is not afraid of dying, he is either lying or a Gurkha."


Now, the astute reader will likely be wondering, what the heck do Dutchmen and Brabant have to do with any of this? Well, I'm a Dutchman from North Brabant. And I like my tea, tobacco, food, and drink, though nowadays I avoid alcohol entirely due to my medication. 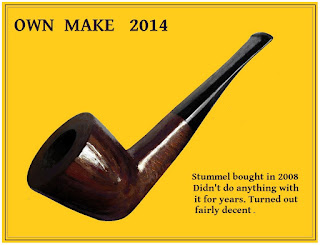 No idea what I'll prepare for lunch. It will include chilies and some spices. It will probably not be "heart healthy" at all ("greasy"), and together with the pipe afterward it would displease my regular care physician, per whose orders I saw the nutritionist at the hospital last year. Who then advised me to take "baby steps": cut down on the cookies and sweets.
So none of that later with my tea.

No Scotch in nearly two years.


No one said anything about mutton, ghee, or potatoes.
And my doctor is Indonesian-born Chinese.
So spicy foods are all-right.