THAT WAS EIGHT BLOCKS

Once I had finished the first cup of coffee I left the house with a pipe, intent on looking for the street person I had seen the other day who, obviously, was starving. If nothing else a dollar or two would buy him a donut and maybe some coffee. Normally he's just an alcoholic -- a habit which I can easily understand, but do not support in most people -- but these days the takings are slim, and I worry a bit about the human wreckage that hangs out in my neighborhood. There are no more boot straps, so to speak. 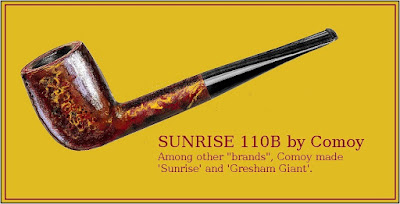 In the past, Tuesday night would be the time for smoking the pipe for watching rats in Spofford Alley. Where I haven't been in a while. So that was what I loaded up this morning, with aged Virginia mixed with a fraction of Perique and a little firecured. Tangy, faintly savoury, mostly mellow sweet. Perfect for a sunny morning, while there aren't too many people about.


Get away from me, all of you damned vectors. Diseased! Diseased!


That's why I carry a cane with me when I'm in public.
It enforces social distancing.
A strong hint.

When I walk, my right leg between knee and the ball-joint of the big toe always feels like it's waking up from being asleep nowadays. Tingly, slightly burning. If I stride too energetically it hurts like the devil. Personally I don't feel like an old git, but my body wishes to disagree. Some parts didn't get the message, aren't with the program, insist on being on a separate page.
Clearly, I should have led a more wholesome life.

The canes are all better for clouting people with than actually helping me walk; no rubber tips but metal, and big knobby heads. One of them is more like a stout blackthorn cudgel than a walking stick. Sort of what a South African might call a knopkierie. Especially useful at night.


One of the street people I recognize was sleeping while sitting upright between newspaper racks. Later in the day he'll be at his usual spot.
But the alcoholic I was looking for was nowhere around at this hour.
He's probably much further down toward the Civic Center.

Email ThisBlogThis!Share to TwitterShare to FacebookShare to Pinterest
Labels: PIPE PICTURE, The pipe for watching rats in Spofford Alley