Years ago I would have considered orange marmalade an essential supply, but it turns out that according to modern society, it isn't. The British store around the corner is closed till further notice. And good marmalade is darned hard to find elsewhere. Fortunately I've got nearly everything else for comfort on a rainy afternoon such as we've been having here in San Francisco. Strong tea. Sourdough bread and dairy butter for toast (which is where the marmalade WOULD have had a role to play). A warm sweater.
A stuffed turkey vulture. And umbrella for when I step outside.
Which I sometimes have to do.

Because I don't smoke inside. 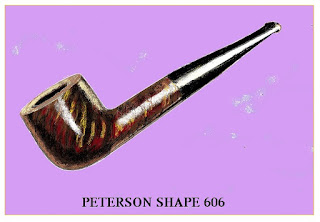 The first smoke was around nine in the morning, before it started raining.
It was cold, though. Ended up with blue fingers after a long walk.

Hot buttered toast and a nice strong cup of tea when I returned.

There was a brand new jar of marmalade under one of the little tables in the teevee room, unopened, but I wonder if it is still good. Seeing as I have no idea how many years ago I purchased it and put it there. For a rainy day.
It's thick dense English marmalade.
Not that american junk.

I am awfully tempted. There is no "best by" date on it.
Perhaps better not to risk it.

Other things which might be considered essential supplies are toilet paper, a jar of Bovril (why my father had that in the pantry I do not know, but he must have had a reason), ancient bramble preserves (see Bovril) and coffee (self-evident). Pipe cleaners too, and there's presently no danger of running out. The aforementioned turkey vulture would opine that fresh cadavers and corpses, all manner of carrion, are also essential. But he's the only stuffed animal that thinks so. The others were perfectly satisfied with the cookies, and are glad to know that we have enough bread and butter for toast.
Strong tea with milk and sugar is a must.
Plus plenty of pipe tobacco.

Oh, and a blanky.