WE ARE 'INTROSPECTING' YOU

Two of my friends, whose lives I often spy on Facebook, are taking the opportunity to cook fabulous feasts. Another friend has for several weeks now been experimenting with methods of food preservation that lead to wonderful results. The feasters are Filipino American, and what they are cooking is not in any way native to their grandparents' culture. The pickler and fermenter is Ashkenazic, rabbinicly inclined, and somewhere on the spectrum. Pickling and fermentation IS native to his grandparents culture, but he's approaching it more from an intellectual food maven perspective, deeply fascinated by the process and the eventual results. In between other posts that in their profound humanity and insight show why I FB friended him in the first place.

When this is all over, the people I know will probably be eating better.
Some of them might be little thicker around the middle.

Myself? Well, if I survive I'll be much the same. Perhaps a little thinner, because everytime I get ill, weight evaporates, AND my habits have had to change. I haven't had a pastry OR a cup of Hong Kong Milk Tea in ten days.
Plus, the weather has been cold, and I wish to belly-ache about that.
And the polar bears roaming these arctic wastes.
Who head to the beaches.

In all the years that I've lived in San Francisco, I've visited the seashore less than a dozen times (twice to burn things). That is still more than while I lived in Holland -- there are some beaches there too -- but honestly, the idea of running around nearly naked in the surf is not one that appeals to me. Sunbathing also has zero attraction. Zero.
And I do not have a sun hat. 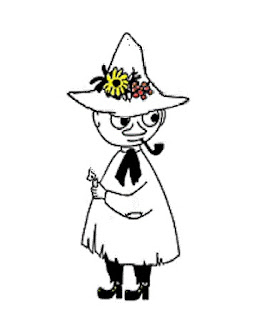 GESHMAK!
On the other hand, if there were a restaurant out near Seal Rock, with two Filippino food mavens and a pickler, which also had an extensive selection of delicious Chinese Pastries and Hong Kong Milk Tea, I'd brave the arctic winds out near the ocean on a daily basis. Yes, hullo, me again!
Just let me look at your delicious menu for a while.
No, I don't need a window seat.
I have electronics!


It may be a long time before I have pulpo en su tinta or clams Madrileño again. Or grass carp steamed with pickled vegetables. But the first sign of normalcy will be pastries and milk tea.
That someone else prepared.