AND THERE WAS PIE!

As a man of regular habits (firm, unchangeable, and cemented in place by stubbornness) this blogger has gotten through an entire week of the social distancing imposed by the City of San Francisco and the State of California in their justifiable abundance of caution. Because even though they realize that a percentage of us will snuff it, they don't want it to happen all at once. Naturally, given my age (60) and underlying conditions, I am sanguine about my own chances, but that ain't going to change my views or bad habits. It would be rather pointless, don't you think? Croak, croak, croakitty croak.
At least I won't need to worry about my next haircut.


My only "bad" habit is smoking.


Which, given that the other person in this apartment is a non-smoker, necessitates frequent walks. And that's altogether a good thing, because otherwise my circulation would sluggify like topsy, and my right leg would stiffen to the point of painful uselessness. My doctors have kind of agreed to scan the damned limb sometime this summer -- circulatory issues and arthritis combined seem to be the issue, as well as long time damage to the knee and hip, basically old geezer leg -- but that was, of course, before Covid 19. If we're all still alive after this is over, I'll bring it up again.

Plus cups of milk-tea (afternoon). 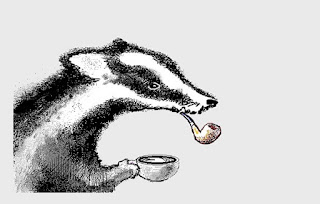 I'm sure my primary care physician would only have a problem with the pipes. He's rather opposed to tobacco, probably because of traumas suffered while he was a mere child in med school, and I know that the pharmacists are also against it; every time I go in for refills, they holler at me that I really must quit smoking (嘜先生，戒煙，吸煙好危害健康吖 ('mak sin saang, kaai yin, gap yin hou ngai hoi kin hong aaah')!


But if you see me again, feel free to tell me how bad it is.

Dispensaries are open in our beloved City. Have you considered a lovely hybrid blend of thc to help pass the time?

Pro tip: have some cheese doodles on hand, and water, just in case.

Nope. THC does bupkes for me.