My plans today involve laundry, voting, visiting my bank, and having lunch in Chinatown. Maybe I'll postpone doing laundry till tomorrow, given that I have tonnes of clean underwear -- always make sure you have clean underwear, just in case they have to strip you at the hospital, cutting it off to get at the wound, broken leg, or whatever -- and I might dawdle till it's too late to get the laundry done before voting or going to the bank. There is, in fact, a gigantic pile of clean underwear in my room, which convinces my apartment mate that she's living with a clean man instead of a filthy pig.
It's both art and propaganda.


"Always make sure you have clean underwear, just in case they have to strip you at the hospital ... "


My mother gave me the advice about underwear and hospitals, but the public relations value of clean skivvies is something I figured out on my own. Although my dad helped. "Always make sure you're wearing clean underpants, just in case some young lady ..... "


"Make sure you're wearing clean underpants, just in case some young lady ... "


He couldn't have known that young ladies avoid people like me, because we smoke tobacco, eat meat, and might vote for someone other than Bernie or Biden. But at the time what he said seemed like a good idea.

Meat and pipe tobacco prevent senescence.
It's a well-known fact.

Proper nutrients, and the minor beneficial effects of nicotine combined with the neurotic obsessiveness about fine briar and how to use it that most pipe smokers have. Both Bertrand Russell and Tolkien were pipe smokers.
So was William Cuthbert Faulkner. Albert Einstein. Clark Gable.
Brilliant men and snappy dressers, every one of them.
And, crucially, men with clean underwear.


Georges Simenon and his creation Maigrette were also pipesmokers, but they were French, so there's no guessing what their underwear was like.
Raggedy breech clouts most likely.


It is probable that young ladies nowadays don't know who any of the folks I named were, which may explain why there are none of them in my life. 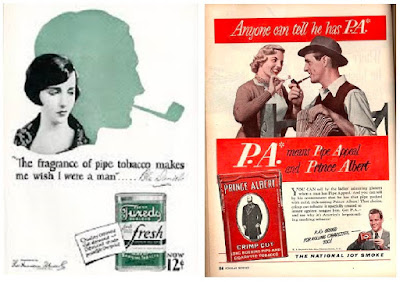 If I were desperate for their company, I might go back to college and patronize 'Greens' or 'Chipotle', or heaven forfend take yoga classes ......

Laundry. Vote. Bank. Something over rice in Chinatown, strong Hong Kong milk tea, a pipe or two, with young ladies distantly on the periphery. Decorative, and quite likely not even noticed.
Unless they do something.

A discreet Virginia and Perique mixture.
Plus clean underwear.