WELL, PART OF THE BRAIN IS WORKING ...

Between seven and eight in the morning, this neighborhood has four or five joggers on the street spreading disease by not wearing masks, half a dozen or so people who do not know how to make coffee, and just about twenty elderly Cantonese who do not jog, know how to make their chosen hot beverage for waking up, and wear masks.

Oh, and dog walkers. Abensentmindedly picking up pooh.
Now mostly wearing masks, though some are stupid. 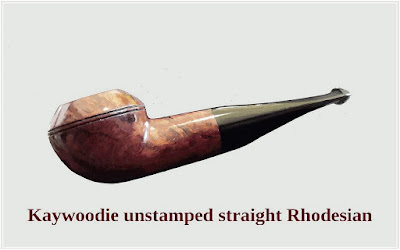 And a pissy Dutchman of medium-mature years with a pipe. I also know how to make my chosen hot beverage for waking up, that being an un-American skill I picked up while overseas, one of the benefits of a continental education.

On a good day I am wide-awake till all hours of the night because of hot beverages. Both the enlightenment and the industrial age happened after caffeine was introduced to the Western World, as well as modern medicine, printed books, and the space age. QED.

My apartment mate also knows how to fix herself her wake-up beverage of choice, which varies. Given that I am not very social even at the best of times, and especially not early in the morning, this is a mixed blessing.
So I left the house for my smoke-walk shortly past seven o'clock.
Which is why I know what's out there just after dawn.


Over on one of my favourite Facebook groups, whose members mostly are similar to myself, though, regrettably, not all Dutch, the moderators have reminded everyone that discussions about religion and politics are to be avoided. But mercifully we can still talk about the Roundheads versus the Cavaliers, which means that if I want to insult a Leliaard or praise the Klauwaards, I will probably not raise too many eyebrows.


"If by Cavaliers you mean the basketball team from Cleveland then fire away. And please allow me to add that the Dallas Cowboys symbolize the suck in professional sports."


Some mention was made of lizardmen. And common sense dictates that slagging Burley blends and lutefisk might be risky, and is best avoided. 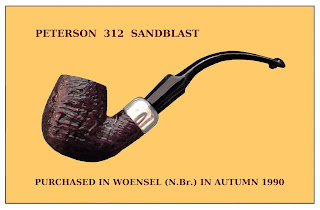 Roundheads, Klauwaards, and all right-thinking Lizardmen, smoke Virginia Perique tobaccos in their pipes, though when they were still teenagers or college boys they probably preferred Latakia blends. And some of them still have that youthful vigour. One of the lutefisk fiends abjures Latakia, though that is probably his immaturity speaking, or the heresy that as a lutefisk eater should naturally be expected of him.

The one thing, I think, that we can all agree on is that beefsteak should NOT ever be well-done. Well-done steak is probably the reason why we're in pandemic mode over murder hornets.

Murder hornets, as is well-known, drink Starbucks coffee because they're idiots, never pick up after their damned lapdogs and leave piles of shit all over the sidewalk on Larkin Street, plus Hyde and Polk, can't figure out how to wear a mask, and are likely to vote for a third party candidate.
Besides being Vegan, anti-vax, and new age.
Endemic to places like Seattle.

-And common sense dictates that slagging Burley blends and lutefisk might be risky, and is best avoided. Have to agree there. My wife loves lutefisk And when we are having dinner at her lovely mother abd they have lutefisk I am allowed to have some Burley. Kidding. She allways makes me a local dish. old salted saithe with bacon and carrot stew. Beautiful Rhodesian that Kaywoodie. Take care my friend