THE SOUND OF THE SKYLARK

While I like my apartment mate very much, and she has many admirable qualities -- not least of which is that she patiently tolerates eccentric Dutch American bachelors and their somewhat unpleasant personal quirks -- there are times when she drives me to distraction. Such as when she goes on a several days long Valley Of The Dolls binge. For those unaware, Valley Of The Dolls is possibly the most expensively done garbage movie ever, monumentally bad. Pretentious, tacky, a booze and drug-ridden mess of a production. It stinks. It stretches the definition of effluviatic cinema beyond all reason. In a word, foetid.

Which is why she likes it so much. She's seen it more than any other movie, and has memorized the script and songs (really, really bad songs), and, at times, will happily croon the shitty lyrics. Last night she sang the theme song five times. This morning I heard it again.

The internet can be a tool for evil. 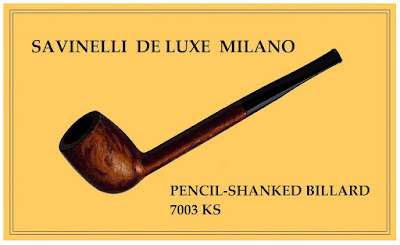 Because I am a patient saintly man, keen to keep the peace (and my sanity), this eccentric Dutch American and his unpleasant personal quirks left the house shortly after seven for a walk and a smoke.


You will be glad to know that I am not a musical man. The few times my singing had an audience were all memorable occasions that should be mercifully forgotten. When I was on a school trip years ago, all of us kids were one by one called to the front of the bus and asked to do a song. I gave a spirited rendition of The Winnipeg Whore, and that was that.
For the rest of my school years I wasn't asked to sing again.

I was nine years old at the time, and the other kids were all Dutch-speakers who didn't understand English. But Mijnheer Goes and Mrs. Verly (the two adults with us) did speak the language.

They may have been shocked.
I was oblivious to it.


Most people shouldn't sing, but I, at least, know that.


So I've got some redeeming qualities.


Bagpipes were invented to drown out people like me. In vengeful response, we invented the accordion and started both World Wars.
Despite that, some of us refuse to sing because we hate the effect.
I know the Lumberjack Song and the Philosophers Song.
But those don't count.
Also "We Love The Yang Tze", which is about miraculous women pregnant with fish. Or soccer. Something like that.
It's magic.

Plus Die Internationale (German version).
To irritate the grown-ups.

Singing, also, can be a tool for evil.

Nobody I encountered on my walk with my pipe were singing, thank heavens. Not the joggers or dog-poo collectors, nor the oldsters heading to Trader Joe's for "desiccated fossil shopping hour" (only aged people, so that they don't have to fight the youngsters who throng the stores in diseased mad mob frenzies during the rest of the day). Grumpy Uncle With The Sun Glasses did not sing. Nor did Mrs. Wong (Auntie With The Pistachio Ice Cream Hued Hat) doing her daily trot to get the juices flowing.


When I got back home, the songbird had left for work.

"The Winninpeg Whore"?
I remember:
Three old whores from Winnipeg were drinking a sherry wine
Said one of them to the other two, "Yours is smaller than mine!
Oh, take up the sheets, me hearties, water the decks with brine!
Bend to the oars, you lousy whores, none is bigger than mine!

My first trip up the Chippiway river, my first trip to Canadian shore; there I met a miss O'Flanagan, commonly known as 'The Winnipeg whore'.

WH, as sung by Oscar Brand