The Control Monkey has a purplish hue. Earlier I had passed a youngish woman on Larkin Street drinking beer and champagne with a "friend". Her hair was the exact same hue. But her appearance indicated that she might be worse, socially, than Mr. Oyster, or any number of monkeys. 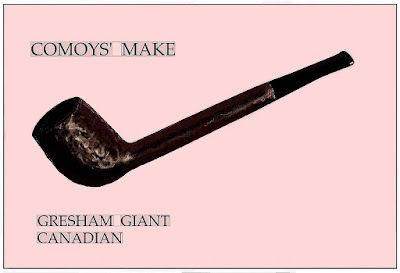 Another smoke at around six. As I left the building, the purplish woman threw a beer can at a motor vehicle. She and her companion were now in the garage entrance next door, and had made progress of sorts.
The Control Monkey would have disapproved.
Decidedly a "nasty bird".

At around nine-ish when I went out a last time she was flaked out at the intersection singing to herself. Possibly the beer was all gone, as well as further funds to purchase more. She looked the worse for wear.

All things considered, I'm holding it together pretty well in these queer times. No drunken excess, only very minor insanity, and a rich full life. Plus calmness and composure. A stiff upper lip, without much effort. Lots of milk tea, cheesy bread, misbehaving stuffed animals.
And an occasional walk with a pipe.

Plus I paid down my hospital bill, and paid off the radiology lab.
For me it was a productive day. Stuff got done.

I am a model citizen.

So to reward myself and make the world a better place, I shall smoke an old-fashioned product several times today. Might as well.
This tobacco smells like a Parisian cat house.
It is much loved.