Slightly before tea time the delivery came. I had just turned off the stove when I became the happy recipient of, among other things, Cornell & Diehl's new oddity: Gillingham Mixture. Described as "a rustic blend of black Cavendish, red and bright Virginias, and a touch of Perique, with a bit of honey to sweeten the pot".
I'm rustic, so this sounded right up my alley.
Well, except for the honey.

I'm not too enthused by bee bottoms. 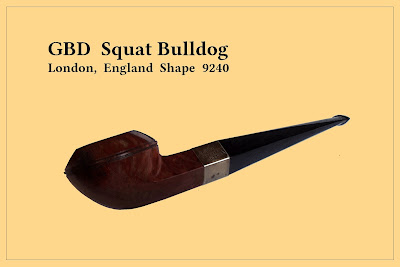 A briar for bee arse.

Anyhow, late lunch is grilled meats, bitter melon, and a peculiar Chinatown noodle I picked up yesterday. Plus curry paste and chili sauce. And tea is steeping. I now realize I should have added more chili sauce; I can barely taste the green. And next time, also garnish with crumbled peanuts and a squeeze of lime. 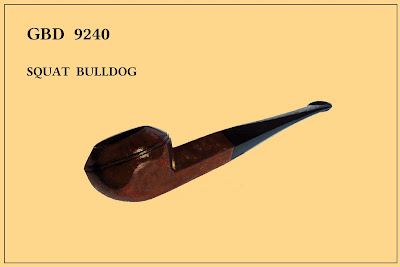 The tobacco smells ripe. Fecund. A richly oozing tropic swamp. That's good. It is presently drying on a little tray off to the side. I note that per the internet, which is always a reliable source of honest to goodness fact, there is also Burley and Turkish in here, but I doubt it. 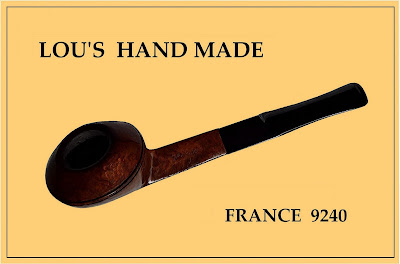 Not an insect rump pipe.

The reason why the third pipe shown is not good for sampling Gillingham Mixture, despite being identical in shape and capacity to the previous two squat bulldogs above, is because I smoked it yesterday. For a while it had been ghosted with a dark cherry tobacco, enjoyed when I worked with Hector, who HATES the smell of aromatics. Volubly.
Which is precisely why I do that.

The taste of cherries is gone. It now tastes cigarettish.
Also, it's a twin bore, which is a damn nuisance.
Probably going to have it re-stemmed.


The two handsome pipe smoking gentlemen show below are Joe and Kaz, both of whom I know. 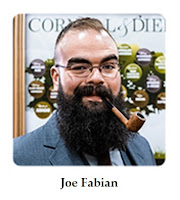 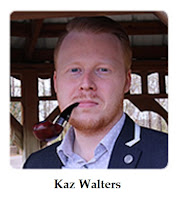 Both of them are professionally connected with Gillingham Mixture. Neither one of them would likely be caught dead smoking dark cherry Cavendish. That's because they don't work with a man who goes all operatic and uttering heart-rending moans of despair.

I do not think that either one of them is "rustic".
Urbane and sophisticated, more like it.

Those are not Covid beards.
They were fuzzy before.


A BRIEF PAUSE WHILE I GO OUTSIDE TO SMOKE

Mild and pleasant, with a hint of sweetness. Not a complex blend, but an enjoyable one. The type of decent smoking concoction that would have been immensely popular in the forties and fifties. Not aromatic, despite the apian exudate, so it wouldn't please the degenerates.
The honey is barely noticeable at best.
Very subtle on Perique.

Something for early morning. Or late in the day.
I'll need to purchase a few more tins.

This could easily become a thoughtless go-to blend, but there would be times when something more distinct would be required.

Renders down to a medium grey ash.