On a day like today, when I do not have to go to work, I used to head over to Chinatown around early afternoon for lunch, grocery shopping, hot cup of milk tea, and a comforting pipe. I may have been the only Caucasian there with a briar. At least most of the time. Most Chinese do not smoke western style pipes. When Nurse Mak at the clinic was asking me various questions for my file, she mimed unmistakably that the answer "I smoke a pipe" baffled the crap out of her.
Apparently she had only seen old peasants with bamboo water pipes.
Which is more common in East and South East Asia.
The prototypical "bong".

There are still a few men in Chinatown who use those things. I can only imagine the tobacco that they put in them. Probably frightful.
No, they don't do drugs, that's tourists and frat boys. 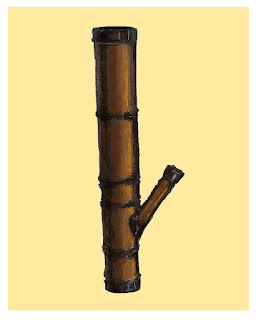 Today would be a great day for dim sum there, early in the morning. Somewhere lively, bustling. But we cannot do that, as even if they are open for business, as it's only take-out until this crisis is over.

In the main I avoid the places popular with Caucasians, because I really hate hearing "what is that, ooh, no, I can't eat it". Everything has gluten, or shrimp, or meat, or peanuts, or garlic, or onions, or green stuff, or whatever it is that's currently popular for yanking middle-class Californians out of their comfort zones. And food, as we all know, is the great unknown.
Cuisine is baffling, and threatens people.


In the same way that nurse Mak had never seen a white person smoking a pipe, many white people in America have never seen real food.

I am not a morning person, even though I get up at the crack of dawn.
Until I've had caffeine, several times, and been awake for a few hours, the milk of human kindness flows sluggishly. The great thing about dimsum places is that you barely need to talk or interact, and because of the noise, socializing would be difficult anyhow. Point, scream, and eat.
Anybody can manage that at seven in the morning.

My apartment mate, remarkably, IS a morning person. She's arguing with the stuffed creatures and preparing herself breakfast. Any moment now I shall be required to speak. Best hurry out with a pipe and tobacco and wander about a bit dodging joggers and dog poo picker-uppers.

That first pipe of the day benefits everyone's mental health.

She has no food phobias or imaginary allergies.

That's why we live together.
Without strife.

The fog still lingers, the sky isn't orange today.
Over a dozen people pooing their pets.
Three postmen already out.
No carrion.