There's a pot of muck on the stove, part of my dastardly plan to smoke my pipe inside the apartment. As you can guess my apartment mate is out, at work, and will not return till much later. Which means that with the proper precautions, a man can light up, kick back, and enjoy a quiet hour, provided there is ventilation and a fragrance to disguise the reek. Black and red Chinese dates, ginger, and a sprinkle of tea leaves.
And I'm enjoying this immensely. 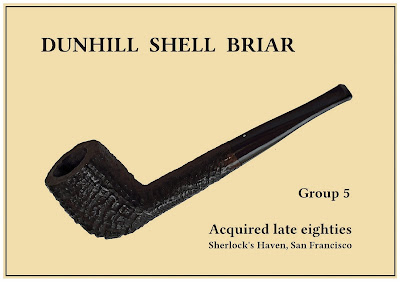 When I got back from my walk shortly before eight she was still in her room, arguing with the stuffed turkey vulture, who is convinced that if only I would just look harder, I might find plenty of corpses outside for him to eat. He has been informed that this neighborhood is corpse-poor, and if he were to go with me while I smoke outside he would not find any either.
Just sleeping street people.


Little guy gonna get me in trouble. Offing somnolescent hobos is just not on. Not cricket. Which he fails to grasp, as there is a flaw in his character.
Not unusual among the stuffed creatures.

None of the usual Canto oldsters were out when I took my early walk. Not the auntie with the pistachio icecream hued hat, nor grumpy uncle with the sunglasses ("there's 106 miles to Chicago, a full tank of gas, half a pack of cigarettes, and it's dark"), nor even dour cigarette auntie. That last one is mid-afternoon in any case. She probably has to wait for family members to leave before she can sneak a puff. I might try to persuade her that acquiring a few briars, a tamper, and an excellent Virginia-Perique blend, would be worth it -- bound to render her kin aghast, more enjoyable -- except that while I speak Cantonese conversationally, I have no buggery clue how to go about proselytizing for something quite so complicated in Chinese.

I lack the vocabulary to tobacconistize in any other languages than Dutch and English. And bad German, with lots of English words.

One does not want to baffle or scare the elderly.


I'll probably have better luck getting her and Grumpy Uncle With The Shades to drive to Chicago at high speed. The Great American Road Trip, and a mission! Think of the orphans!

Please enjoy that mental picture for a few seconds.
Isn't it absolutely charming?


Currently wondering what to prepare for lunch. I'm thinking something with dried fish. Specifically some of the 鹹魚 ('haam yü') with which I threatened several members of the pipe club at the Occidental a while back.

Nothing says San Francisco better than a smell. 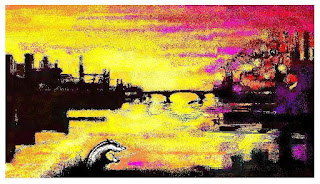