THE GAY PROSPECT OF CHICKEN WINGS

Out of the house with my pipe too early to encounter Auntie With The Pistachio Ice Cream Hued Hat, but Grumpy Uncle With The Sunglasses (the third Blues Brother) was already taking his constitutional stroll. Greeted him (早晨 'jou san'), didn't receive a response as usual -- he's probably deaf as a post -- and continued onward. The mists on Nob were dissipating, on the opposite slope to the west the fog became thicker as light grew. Odd. Definitely fog, though. Not smoke from the burning. 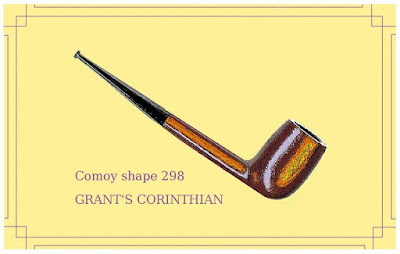 The first pipe and a walk always take place after coffee. When I lived in North Beach, the aromas of roasting coffee from the Trieste, Roma, and Graffeo's would greet the morning ambler, here on the back side of Nob Hill there is no such cheery comforting fragrance. Except for my pipe, of course.
I may be the only civilized old coot here. This morning it was Astley's No. 109 Medium Flake, a pleasant darker Virginia product I've recently re-discovered after several years. Somewhat lighter than Dunhill's Dark Flake, so more flavour and less of that incense-like fairyness. Goes well with strong tea, or after the first draught of coffee. 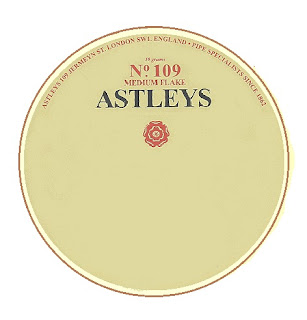 One question I now have is 'why does my stuffed turkey vulture speak Cantonese?' The little fellow has been importuning me for 雞翼 ('gai yik') since I got up. He has the Toishan pronunciation -- my apartment mate speaks Toishanese, a remarkable coincidence -- and he insists it's my turn to provide him with chicken wings in soup, with little cubes of tofu.
And nice crunchy green Irishmen (little bok choi). 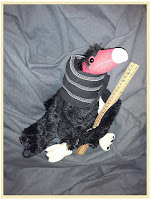 He also says I smell bad and eat too much. So it's all for him.

Sorry, little fella, that's not how it works.
I make lunch. So I eat.

Per my apartment mate (the other Toishanese speaker here), chicken wings may be purchased at Trader Joe's, in the carrion department, on a daily basis, provided all the old buzzards haven't been there first.
Apparently it's a regular feeding frenzy.

I shall have to investigate. It will be the second time I go to Trader Joe's since they opened in this neighborhood seven years ago.
Normally I shop for food in Chinatown.