WHAT'S IN YOUR BRAIN?

How to start the day: coffee, medication, cigarillo, and looking for outrage on the internet. That last used to be 'reading the news', but, you know, the times we live in. Years ago I would be cruising into the office right about now, unmedicated, and ready to deal with important issues.

As office work for most of us is.


A while back, while researching what my appendectomy involved, and what had precisely happened, I stumbled on what must be the single most useless word in the universe: fecalith.

To paraphrase Wikipedia on the subject: "A fecalith is a stone made of 'crap'. It is a hardening of 'crap' into lumps of varying size and may occur anywhere in the intestinal tract but is typically found in the 'blank'. It is also called appendicolith when it occurs in the appendix and is sometimes concomitant with appendicitis."

Okay then. Also from Wikipedia: "The human appendix averages 9 cm in length but can range from 5 to 35 cm."

Two inches to over a foot in length, but usually less than four. Understanding of the function of the appendix is changing. It may have some use.

I should have asked for details about what was removed.

There probably was no fecalith.


I fondly imagine fairies and Pictish tribals erecting tiny stone circles all over Britain, constructed of fecaliths. The Roman legions stepping gingerly down roads in far reaches of the empire, paved with fecaliths.
The Aztecs, constructing mini pyramids ......


Please don't google image search the word. Just picture it as looking rather like a cigar. But worse. Twixt rosado and corojo wrapper leaf in hue. 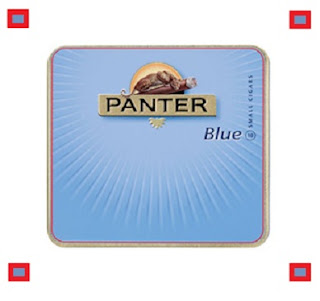 So NOT like a cigarillo. Which is usually about three inches long, and has a thickness of less than half an inch (9 mm). This is relevant, because I am on my second cigarillo of the morning, and I'm trying to keep certain images out of my mind. After this, I'll probably light up a pipe instead.

Many cigarillos, especially those made in Holland, have Sumatran or Connecticut wrapper leaves. Perfect with a cup of strong coffee.
Non-smokers may have a different opinion on the matter.


The sad thing is that there are no places anymore where one can enjoy both together, other than in one's own dwelling, or out in the backyard near the compost heap during decent weather if one is married or has children.
Or when the apartment mate has left for work during the day.

Life without coffee would be unbearable.