This morning, before I headed out to my cardiologists office for an echo-cardiogram and a treadmill stress test, two friends hissed at each other on my Facebook page. I like both gentlemen, and I can understand both of their viewpoints. My own perspective is not entirely the same as either of them; I am right. Because I am a Dutchman. Dutchmen are ALWAYS right. Well, not always. When other Dutchmen disagree with me they are wrong, and it's sad that they do not always understand that, but we'll keep arguing until they come around to my way of thinking.

How horrible it would be if we all had the same opinions!
There would be nothing to talk about!

One of the two hissies is a South African, somewhat old school, the other one is a gay young blade from San Francisco, unabashedly liberal. And I'll cut both of them a hell of a lot of slack because they're my people. I am of Dutch descent, American colonies, traded to the British like so much cattle in 1664 by that hosebag Peter Stuyvesant. And I am a San Franciscan, having been born in California. My mother's father was stationed at the Presidio, and lived here till the end of his life. 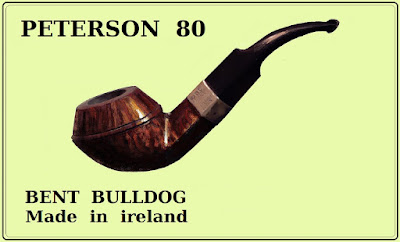 My father, one of whose pipes is pictured above, was at Berkeley both before and after the war. But he bought that pipe when he still lived in Beverly Hills. High school years

My grandmother, who did not have any pipes, lived in Berkeley till her death in the early eighties, after having been stationed on Treasure Island and in Germany.

Though I returned to California long ago, I spent sixteen years in the Netherlands, where I purchased the pipe shown below.

Smoked both of these briars today. The top one before the appointment, the bottom one afterwards.

And yes, I speak Dutch and understand Afrikaans. In my Facebook list of friends are a number of Afrikaners and Dutchmen, as well as Jewish people from all over the world, Surinamers all over the world, Chinese, Indos and Indonesians (ditto), people of various skin tones (ditto), plus several pipe smokers, collectors, and pipe carvers, and a few Canadians (my father served in the Royal Canadian Airforce as a bomber pilot over Germany).
And I'm sure all of them agree that a Dutchman is always right.
Or have a strong opinion about that idea.


The appointment with the cardiologist? It went well. He also had the results of the bloodtests and we went over that in quite some detail, having now adequately established that there was actually blood there. I'm finally off the Clopidogrel, so I won't bleed out from inconsequential cuts, scrapes, or piercings (and can now shave without a quick nick slicing off an ingrown hair bump and making my neck look Gothic and suitable for Hallowe'en), and the echo-cardiogram showed that I do have a heart.
Which some people have seriously doubted.
We know where it is, too.

[He has a heart? We thought he was all asshole.]

We have different opinions about the advisability of smoking, which is a matter that my primary care physician also brings up. And one of these days I shall have to discuss with both gentlemen the peace of mind and equitable temperament that pipe smoking will induce. All physicians should smoke, as a means of coping with the stress of their job and a clientele which is often irrational. Especially these two; my primary doctor deals with a lot of elderly Cantonese, my cardiologist has clients who use ten pounds of bacon every day as a crutch.

Besides, pipesmoking lends a man gravitas, while miraculously also giving him a still youthful collegiate air. It's miraculous.

In celebration of my blood cholesterol and uric acid levels being very much better than the last time, I celebrated with a bacon , pork, and cheese sandwich. 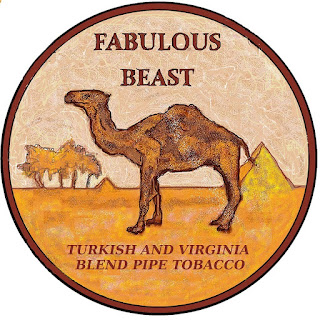 Please note: while all physicians should smoke pipes, they should stay the hell away from aromatics. Such unclean compounds, in addition to being overloaded with weird garbage (caramel, vanillin, fruit essences, and cheap candy flavours) are morally like getting smashed on bar tenders' free shots (lemon drops, blood clots, cement mixers, key lime pies, Ferraris, Fireballs, sex on the beach, Jägermeister, and Green Chartreuse, etcetera).
These are depraved, and show a weak character.

A man's choice of pipe tobacco proves what's in him better than the queer shiznit that sometimes comes out of his mouth. Clean tobaccos, natural, with a sufficiency of the condimental leaves to give it a zestiness.

Honestly, in real life I get along with a vast spectrum of people.
Except smokers of Mixture 79 and Molto Dolce.
Or Clan. Or Firedance Flake.
Perverts.