THE FINE AROMAS OF HORSES AND OTHER CREATURES

For some reason today I have been reminded of the complete collapse of my love life several years ago. Which, at the time, left a huge gaping hole, now largely spackled and plastered over. But sometimes things remind me of the past. No, not in a weepy way; I am spectacularly unemotional. But there are many things I remember fondly. Some of it is food. Movies. Music. Books I bought during and after, tobaccos and pipes enjoyed since then.

My ex did not like the smell of tobacco smoke.
But she tolerated my bad habits.

Probably because I'm a fairly decent man, and one cannot insist on perfection. She was (and is) a far better person than I am.

I am, as she often called me, the Old Toad.

Amphibians are a bit cold. 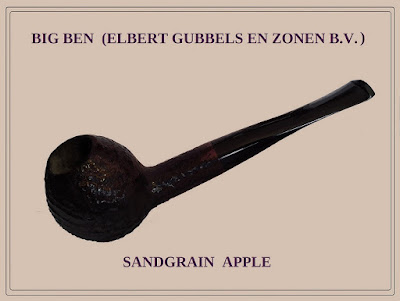 Like many of my pipes the one pictured above was acquired ages before the end of the relationship, smoked before and after. Sometimes it goes into the big box of other pipes I shan't look at for a while, sometimes it goes back into use for several months.

During the last years at the toy company, this briar and a similar one from the same maker gradually made a transition from Balkan blends (heavy on the Latakia) to gentler Virginia Perique mixtures and flakes. In the three years after Savage Kitten and I broke up I often hid from people by staying late at the office and wandering around Chinatown and the Financial District with a pipe on weekends, no need for conversation, and now kindly piss off all of you noisy twats.

Intellectually I like the idea of a love life. But as a practical matter it's a bit iffy, and a number of my friends have survived quite well without it.
Or without it imposing in any way on the rest of their lives.

And honestly, you can see the problem, can't you? Perhaps a man would want to have a hot cup of tea, preparatory to a long walk on the moors, the blasted heath of Nob Hill, with a pipeload Dunbar or Dorchester, perhaps even Tilbury, and his wife, girlfriend, or lithe young male companion would grouchily remind him to take out the garbage. After a long day at the glue works behind the parking lot in East Pickleweed he'd return to the city, and he-she-it would pout and say reprovingly "you smell like dead horse".
Or even worse: "get changed, we're going over to dinner at my sister in law's, and she hates you and your ghastly clothing sense".
"And that horrid smell of matured Virginias."

We've got a charity ball to go to.

Tilbury, one of the Esoterica Tobacciana blends, made by Germain and Son in the Channel Islands, does NOT smell like dead horse at all, by the way.
A reviewer years ago stated that it reminded him of unwashed flatulent peasant in a mediaeval dungeon.


Maybe I should open another tin of it soon. Not today. I'm heading out into the fog and chill of a San Francisco summer after my cup of tea, with a pipe loaded with a mixture I made myself. Tilbury will have to wait for a while, I've still got too many open tins of other stuff that I'm happily smoking.
Mostly flue-cured leaf, slight condimentals.
And some nice flakes.