AND IT TURNS OUT WE HAVE NO KETCHUP ANYWAY

Gustatorily this blogger is more Dutch Indonesian than European, or South East Asian, American, and Chinese. Some things just taste much more like real food. So it is with some amusement that I observe my apartment mate's attempts to make me gain weight, now that she's realized that I am older and thinner than ever before. What with the inexorable march of time, as well as my not having regained the weight I had before the exploding appendix and subsequent hospital stay over a year ago. And please note that describing me as a scrawny old git would be an exaggeration.

My apartment mate is Chinese American. Because of her we now have over half a dozen cheeses in the house. A surfeit. She likes cheese. And I am a Holland-raised American white dude. So I should absolutely love cheese and thrive on it. Right? Well, yes. But she eats as much cheese as I do.


You can make everything taste American by adding bacon, cheese, and pickled jalapeños. Except for food that already had flavour to begin with, like, as just an example, Boeuf Bourguinonne, for which you might want to have sambal and shrimp dew on the side.

[Sambal = Hot chilipaste used both in cooking and as a condiment, much favoured in Indonesian and Dutch cuisine. Fish Dew = Fermented sauce made of fish or shrimp (魚露 'yü lou'), common in South East Asian and southern Chinese kitchens. It's almost omnipresent in Vietnamese dishes.]

At this point a Frenchman would probably exclaim "quelle damned horreur", whereas the Dutch, Vietnamese, and Cantonese would thoughtfully say "why the heck not?".

One of my Facebook friends, whom I also know in real life, periodically posts pictures and recipes for Filippino and popular Chinese dishes which he's cooking. Which are beautiful to see, and the only thing missing is the little saucer of sambal which I consider essential.

When I was waking up this morning (at the ungodly hour of five twenty A.M., because I needed to pee), the remains of a vivid dream were in my head. It featured food. And I realized that if I weren't so fond of chilies, my vegetable intake would be altogether minor, precisely like if I did not smoke, I would get a lot less exercise. 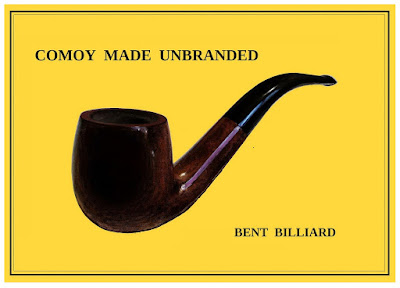 Or to put it differently, chili paste and smoking contribute mightily to a healthy life style. Mental and bowel health in any case.
Both help keep me sane and regular.


Whereas if I ate as much cheese as my apartment mate thinks I should, or like a typical Hong Kong resident would want on his Baked Porkchop and Spaghetti with Tomato Sauce (蕃茄豬扒意粉 'faan ke chyu baa yi fan'), or strewn with gay abandon over his Portuguese Chicken Rice (焗葡國雞飯 'guk pou gwok gai faan'; a base of egg-fried rice with mild coconut curry chicken and cheese crusted under the broiler), and abstained from smoking in order to be a hit with the ladies, and otherwise ate like an American while huffing three packs of Double Happiness brand cigies (雙喜 'seung hei') daily after having succesfully landed a wife, I'd probably have kicked the bucket before I even hit forty. Constipation and clogged arteries.

[There's a well-known tale of an Italian Renaissance muralist who fled the monks who had employed him to decorate their chapel, and when at last they found him again, explained his scarpering thus"I was afraid you were going to plug me up, because you fed me so much cheese".]

The only improvement that might possibly be needed to Portuguese Chicken Rice, by the way, is the addition of fish dew, bacon, and pickled jalapeño slices. Plus sambal on the side.


American cheese, as is well known, benefits enormously from tomato ketchup. Fortunately we only have California made Dutch and French cheeses in the house. Which are excellent.

I must remember to ask my Dutch and Chinese friends about their bowels.
Are they holding up these days, and staying reasonably active?
Sambal and smoke, boys, sambal and smoke.


The bookseller with whom I used to go bar and burger joint hopping need not be asked. He smokes a cigarillo occasionally, eats plenty of hot sauce, walks a lot, and is of Italian ancestry, so he knows what to do with cheese and vegetables in any case.

On the second pipe of the day right now.