When you step outside you immediately notice the smell. It reeks of smoke. And I swear I had nothing to do with it. One fully loaded pipe can not turn the sky over Nob Hill pinkish grey. Per the news reports this year's wild fires are already worse than last Autumn's conflagrations, and it's only just started. Everyone expects PG&E to announce more energy shutdowns to cut encroaching branches, argue that they need more money despite paying executives enormous salaries for their massively incompetent management, and accidentally turn off essential lights at retirement facilities, hospitals, and emergency services.

Meanwhile, there's smoke everywhere.
But it's not tobacco-related.
Healthy, organic. 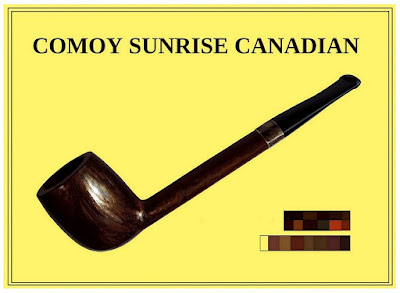 So it's probably fortuitous that I smoke mostly Virginias nowadays, which are "stealth" tobaccos. Latakia mixtures with their terpeneoid fragrance would trigger stressed-out puritans in the neighborhood.
I don't want to upset the poor dears too much.

That is to say, there is no pressing need to start the day having a screaming match with a self-righteous twit.


San Francisco Caucasians are, as a rule, easily triggered by other people doing things of which they disapprove (for whatever imaginary reasons), and which they consider primitive and somehow morally suspect. Like tobacco usage, for example, or buying a coffee beverage at a corporate chain which they themselves refuse to patronize.


Or purchasing extra soft toilet paper.
Which is sinfully wasteful.


"Your bottom does not need pillowy comfort, but thrives on non-gmo recycled wood pulp and splinters, because it's so pure and clean and saves the dolphins in the Amazon. Be more considerate of other people, you irresponsible jerk!
Think of the planet!"


I'd like to assure everyone that I'm conscientious, because after all every cash crop I consume had contributed massive amounts of oxygen into the environment before it was harvested, but that likely will make no impression on them. They are happiest when they're furious.

Sometimes, shopping is a pain in the sphincter.


Undoubtedly the great international toilet paper crisis of a few months ago was caused by activists buying all the toilet paper and setting it free. Now vast herds of toilet paper roam the dessert and wilderness areas, thriving, fullfilled, no longer consigned to a horrible fate. 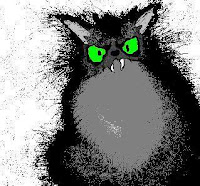 That ought to make the Karens of the world happy; everybody likes cat pictures on the internet, warm fuzzy feelings and all that.

One of the other tenants has adopted a kitten, which I encountered in the hallway. And that calmed me the hell down.

The pipe pictured above was another one of the restored and brought back to life briars. It's a good smoker.
Soothing.