PENZANCE TOBACCO AND OTHER STUFF

So a small group of people is currently experiencing their periodic breeding frenzy, twirling about giddily while displaying their engorged wattles and vocalizing. Because Arango got a freightload of Esoterica pipe tobacco in, and there have been shipments to the various mating grounds (retail establishments). As usual the news got around.

A few years ago I spoke somewhat depreciatingly about this phenomenon. And was roundly condemned by the good people on internet. Who accused me of being heretical, and not taking the most important thing in life sufficiently seriously.

See this post: pseudo intellectual, a pissed off neckbeard, the incoherent ramblings of a madman, and probably drunk.

That essay was clearly written by a witch! He weighs the same as a duck, he's made of wood; burn him!

I have been castigated for not bowing down worshipfully at the altar of Penzance and Stonehaven.

Nearly the same response as when I sneered at Hobbit's Weed.

Which is the be all and end all of pipesmoking.

Yes, there are people out there who enjoy aromatics (quote from someone on the internet this morning "I'm an old codger who has smoked nothing but aromatics for over forty years.").


In this day there is such a variety of smokable stuff out there that you're an idiot if you can't find something good to enjoy in your briars, without ever having to regret waking up too late on the day when the shipment from Jersey hits your local tobacconist.


Esoterica is made by half a dozen grizzled old virgins in an ancient brick shrine in the wilds of the Channel Islands. It is hard to get. Arango only ships it out three or four times a year. And people hoard it. 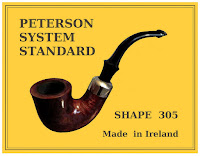 I spent the last three days in very close proximity to enough Esoterica to sink a battleship. A friend came in, and then left happy as a clam. He has bought enough Esoterica over the years that he can smoke nothing but well-made Virginia compounds till they have to club him to death at one hundred and twenty. More tobacco he doesn't need.
A different friend also showed up, and since he has too much King Charles to smoke it all in the rest of his life, he paid no attention to the stockpile of Margate, And So To Bed, and Penzance.

A wild pornographer I know who lives in the mountains should have been there; he would've creamed in his panties over it all. Damned freak.

Nah, I didn't buy any. I'm still feeling guilty over my stockpile of tobaccos (including McClelland. And I've currently got too many open tins.

And yes, I spent all weekend smoking. Classic flakes. 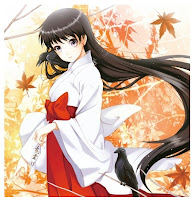 National Geographic - photo of priest at the Esoterica Tobaciana Temple
in Jersey engaged in the manufacture of Penzance for the cult members.

ESOTERICA – BLACKPOOL
Aromatic. Dark-stoved with a remarkable bright flavour. Virginias top-dressed with a hint of licorice/anise. It offers a thick, creamy smoke, reduces to nearly nothing.
Black, mildly fruity.

[Note: smoked both Dorchester and Dunbar during Autumn and Winter in the second to last year that I worked at the toy company. Because of a huge gaping hole in my love life I hid out at the office on weekends, and wandered the alleys of Chinatown and the Financial District after a late lunch. These were extremely comforting then. The rains did not come until sometime in January, the air was still, light fog in the evening.]

ESOTERICA – MARGATE
The classic full English. Lighter than Germain's Latakia Mixture, comparable to Balkan Sobranie. Mouth filling. Delightful, rich and reeky.
This will piss off the non-smokers like nothing else.
The quintessence of Latakia smokes. 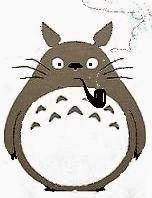 ESOTERICA – PENZANCE
Latakia, Turkish, Virginias, all pressed and steamed into brindled flakes. Very reminiscent of the old Bengal Slices and various excellent products from G. L. Pease. This has become a cult tobacco, and occurs on every damned “must-try list”.

Penzance goes very well with a glass of sherry late at night. I am baffled by the adulation it receives, though. It is good. But personally I find this less than mid-expanding, and surely there are few insomniacs living out in the industrial area where the freight trains keep them up late on summer evenings? It will keep the mosquitoes away.

ESOTERICA – RAMSGATE
Aromatic. Virginias steam-pressed till black. Topped with licorice. Possessed of great character, yet sweet and mellow, and easy to like. Broken flake.
This will get you kicked out of The Occidental by Curtis, who abhors anything aromatic.

ESOTERICA – STONEHAVEN
Virginias and air-cured leaf steampressed. A very English product. A broken leaf for old-codgers, but a surprising number of young men are old-codgers. I could have done with less Burley. Shows up on every “must-try list”.

ESOTERICA – TILBURY
Virginias with a touch of air-cured. Light and buttery. With a plum-like Virginia sweetness. Top notch. Noticeable nicotine.
I recommend this highly.

ESOTERICA – WOODBRIDGE
Aromatic. Several flue-cured tobaccos. Brights somewhat dominant. Mottled and shaggy of appearance. Fruits and anise / licorice. Hay, citrus. Not fruity enough for most Americans. The hobbits like this one.

HASTINGS
Ready rubbed black cavendish and Virginia. Aromatic.
Dark, fruity, leathery. The Virginias sing, the fruity topping is traditional and boozy. It is deep, and may convert you.

SCARBOROUGH
Virginias.
Complex, beguiling, of variegated appearance. Rich and smooth. Very flavourful. Because of aging, it presents a slightly spicy note. Probably not suitable for the very young. Excellent.

ST. IVES
Virginias, black cavendish, Turkish, and Latakia. Aromatic.
A darkish peculiarity with fruit. Slightly citrussy, slightly floral, slightly smoky. On the milder side, and will probably appeal to Texans. Tastes like old lady. The Virginia could have better company. Goes well with Bourbon. I avoid American whiskeys.


All in all the Esoterica Tobacciana products are excellent, and very much worth your attention. If you were stuck in a nasty mildewed provincial town somewhere in the north of England, and your local shop had all of these, you would not mind staying there for several more months or years, and would gladly put up with the natives and their alcoholism. They are very amusing! And you can barely even smell them!

But there is so much that is well worth smoking with which we are familiar with nowadays that there is no need for desperation. Tonnes of other good stuff. Kindly stop demanding tours of the factory, don't bother the hermits, and cease whining about unavailability.