A STREET FAIR WITH PONIES!

Something a friend circulated on FB yesterday reminded me of one of San Francisco's most beloved cultural events. And also made me think of Mexicans. Those poor terrified Mexicans! Sad.

It's a street fair to which I've only been once. Summer street fairs are one of the pleasures of living here, though some of them have been rather a madhouse.

But this one has ponies and interactive games and beer and yummy food and rides and cotton candy. So it's fun for the entire family!


The one time I went was when we had a booth there with informational brochures and flyers. Which proved quite popular, though few attendees had pockets to put them in. No, I didn't offer anybody my pockets.
A gentleman would have.

The head of our little group had gaily suggested that we do this, and many of the other members of the committee simply heard "street fair" and thought it was a splendid idea. I went along with it because I knew the other side wouldn't be there. Oh, and I wanted to see the faces of other group members when they realized what was going on. All around them. In the hot sun. For which more sunscreen was required than most people normally use when out in public.

What I wasn't expecting was submissives got-up like ponies, wearing full-head masks, pulling chariots and being whipped to go faster by their masters or mistresses got-up like nothing on earth.
The movie Ben Hur had nothing on this.
Despite the bronzed muscles.

The gentleman with a lovely feather headdress on the sidelines showed his keen appreciation by being touched. That means something different in this context, by the way. Other than the feathers and dancing moccasins he wore nothing else.

I also wasn't expecting the terrified Mexicans. They were manning a hamburger stand and were fully dressed -- along with myself that made nearly a dozen of us clothed types -- serving hordes of hungry people. You know, in Mexican villages you seldom get to see so many naked Gringos, and almost none of them have feathers, chains, or realistic horsehead masks.
I'm just guessing at that, though. Enacting Moros y Cristianos may have changed quite a bit over the years. Beloved manifestations of local culture must remain malleable in order to maintain relevance.
Especially in modern times. Strive for inclusivity.

Besides myself our booth was staffed that morning by an Orthodox Jewish person with bad legs who had to sit down all the time, face-level with things he never wanted to see. When he was finally relieved by another volunteer he went to the back and tried to wipe his mind clean with single malt and marijuana, and I thought he had succeeded in doing so until a year later the chairman and I suggested doing Folsom Street Fair again, when he practically jumped out of his seat.
Remarkable for a mobility impaired man.
Bondage has benefits.


There would be a suitable illustration here, but we're a family blog, so the only safe picture I can show is the pipe I will be smoking in a little while.
It would go great with studs and black leather straps. 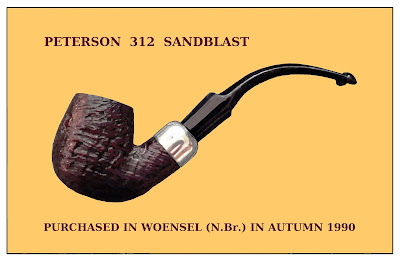 I smoked both this and the Peterson Rathbone that day.
They seemed appropriate for the occasion. 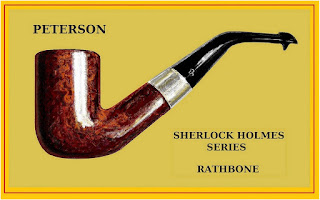 I suspect that in addition to the bits, bridles, chains, spurs, straps, and studs, MAGA hats will be popular this year, worn creatively.
Smoking might be banned, though.
Because of the kids.

The safe word is "covfefe."