THE COMFORT OF TROLLS

Years ago, after the collapse of my love life, I would hang out at the office after hours and on weekends with a Japanese troll for company. Which was really as social as I wanted to be at the time. The small troll would regularly borrow one of my pipes and head up to the roof of the office building to thoughtfully smoke a bowl. While looking at the stars.
Which was as social as he wanted to be. 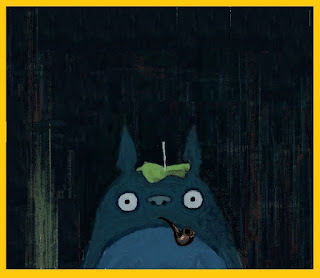 He was a good friend. And still is. He smokes less than he used to.

Between the small library in my personal office space, the teas, pipes, and tobacco in my cabinet, and the sheer peacefulness of long hours being by myself twenty three floors above the Financial District, it was actually a remarkable and good time of my life.

It turns out that doing credit and collections for a toy company can be contemplative and conducive to mental health.

The Japanese troll was not part of our product line-up, but was a friend whom I had invited in to guard my stuff. Some coworkers at socially conscious companies in San Francisco tend to think that books, drafting tools, and tobacco products, are up for grabs, just like the chocolate covered bacon left in the company kitchen over the winter holiday.

Or "Camembert" in a convenient squeezable tube.

Life has improved quite a bit; frightening dairy products are more rare now (and my apartment mate, who buys the cheese for our household, is a keen fromage aficionado, so no worries on that score), and there are more stuffed animals than ever before. No, again not because of the toy company. Years before I had rescued a small pinkish grey teddy bear sitting in the rain at a bus stop late at night, waiting disconsolately for a bus that would never come, and more creatures followed. My landlords think there are only two people living in this apartment.
There are actually over forty. 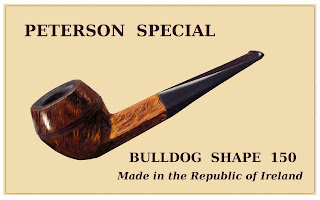 Me, three totoros, a raccoon and a rambunctious amphibian, are the only smokers here. We are outnumbered. Most of the others hate tobacco.

What was in that small library in my office? Art and architecture, foreign language dictionaries (Arabic, Dutch, Indonesian, Sundanese, Chinese, Chinese Seal Script, accounting terms in Chinese), an atlas, and poetry.
Headhunting In The Solomon Islands, Biblical Hebrew. Isabel Allende, The Black Jacobins, Maria Dermout, both Jan and Johan Fabricius, Beb Vuyk, a ponderous text about the Atjeh war, three annotated translations of the Mahabharata, and Indian culinary reference.

Lets just say that trolls are avid readers.
They also like trash fiction.
They're happy.