Yesterday I overdid the caffeine, nicotine, and general intellectual frustration. This meant that my sleep was more fractured than usual. And filled with dark blobs. A very large part of this was that the company I was among had some screws loose. Plus the effect of bloodpressure pills on sleep and subconscious images is well known. Tertiarily, the tobacco that I've been stuffing in my pipe (Palmetto Balkan, From Cornell & Diehl) brings back memories of my teenage years -- mostly the good parts -- including streets, alleys, and walls.
Eastern North Brabant; the light and shadow that was there then.

Got up several times during the night to listen to Mandarin oldies. Twenties through the fifties. Not my era. Some lovely jazzy numbers, as well as plaintive ballads. These were the tunes to which I listened during the decade when I lived in North Beach, and although there were some very pleasant parts that was a time I am glad has passed.

I would not want to be the man I was then. 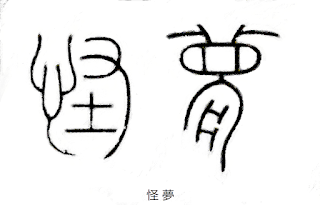 Nor would I really want to meet that man.

But I keenly appreciate the people who not only met him, but also tolerated him. Particularly the bookseller and savage kitten (at that time identifying herself as 'Kermit The Frog', before she told me her name) stand out, as well as 'Lord Drummond', whom I taught how to make Kung Fu tea. George and Rotorhead, both ex marines. Rotorhead got shot out of the sky over Beirut during a little misadventure there. Even Duke Giro and the psychopath on Romolo Alley, both of whom have disappeared (which is probably fortunate).

There were also the people at two bookstores in Chinatown. One of which is largely defunct at this point because of the pandemic, the owner of the other one seems to have retired.


Savage Kitten was my girlfriend for a long time. We never got married, and for reasons which I still don't entirely understand she broke up with me several years ago. She is presently my apartment mate, a woman I trust around my stuff. We share some interests, and sometimes food, but we're different in many ways. There are times when I am not a very easy man with whom to get along. She does a stellar job in that regard. It's probably a good thing that her Aspergers prevents her from noticing several things about me.

I'm fairly sure my Aspergers occasionally makes me a blithering idiot.
And considerably more than average insensitive at times.

I remain grateful for the patience.

It was during the North Beach years that I became intersted in Chinese Seal script, Bronze Script, and and Oracle Bone Script. It is therefore fitting that the drawing above is the illustration here.

First character: 怪 ('gwaai'; strange, weird, peculiar), heart as the radical under which it will be found in the dictionary, next to a phonetic compound originally homophonous with ghost, daemon, or supernatural entity (鬼 'gwai'; a being of frightening appearance with a tail or trace emanation behind it).

Second character: 夢 ('mung'; dream), a sentient human, shown by the eye (with eyebrows) and dangling body over a bed, which was replaced with a moon (夕 'jik'; evening, dusk) indicating night in later script.