As a general rule of thumb, always buy dried squid for the person with whom you live. It will pleasantly suprise them. That's something I just made up, but like many of the things that erupt from my head it makes sense, because I am a logical man. Also, be careful about speaking Mandarin on the bus to anyone who looks like that might not be their native language. They are probably Mormons. That's the voice of sober experience.
But she was very nice.

I'm sorry, until moments ago I had no idea how to say 'severe Dutch Calvinist not likely to be swayed by un-Dutch heresies'. Probably a good thing too, as otherwise I might have been too blunt to an innocent young lady here from the East-Coast to talk about Jesus. 嚴肅, 嚴肅的 ('yim suk dik') means severe, serious, even stern. Calvinism is 加爾文主義 ('gaa yi man jyu yi'), and 異端 ('yi duen') is heresy. 非荷蘭的 means un-Dutch.


I had heard her speaking Mandarin to someone else, hence my curiosity and subsequent conversational foray. I'm really not a severe Calvinist (five generations ago several relatives were so inclined), but I can fake it quite well.

The reason why I did not qualify the type of Calvinism in Mandarin above is twofold: A) it could only lead to confusion, as the term for Calvinism is already gibberish ("augment final particle cultural philosophy"), and B) non-Dutch Calvinists are generally speaking simply wussy and narrow-minded (Scots). Wrong in any case.


But I should have guessed something fishy. Because the bus out of Chinatown usually does not have Mandarin-speaking westerners on it, and there is in fact a Mormon hive or nest in Chinatown where a cheap late night noodle place used to be. With freshly scrubbed young white persons occasionally clustered in front.

Years ago the Chinese Indonesian woman downstairs tried talking to me about Seventh Day whatsits, but since I started pointing out inconsistencies and textual errata in scripture, she has not done that again. There's enough goofy stuff in the Mormon belief system that the same course of action would be a doozy. 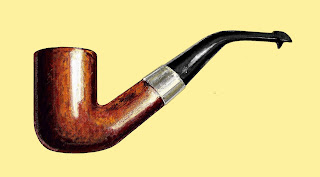 The faux severe Calvinist Dutch uncle had lunch in C'town, followed by a pipeful. Too many white people on Stockton and Grant. Fewer in the alleys and on Waverly Place.

Faux severe Calvinist Dutch Uncles disapprove of tourists who do not wear masks and thus are likely to spread Covid to the very small and the very elderly.


This FSCDU fervently wishes those folks would stay in Bunfudge instead of coming here.
Surely there are colourful foods and interesting things back in Bunfudge?
It must be lovely in Indiana or Kansas this time of year!