LETS NOT DO THAT TOGETHER!

My apartment mate decided earlier this week to not do her usual volunteer thing, notified them of that, and to the best of my knowledge spent most of the day lazing about, dozing in bed, enjoying the company of small creatures which include sheep, the senior teddy bear, and a turkey vulture who disturbingly calls me 'daddy', because effectively I adopted him.
No, the little fellow does not want to grow up to be just like me. He wants me to harvest fatty inner thighs from the old geezers I babysit at work. Just bash the best ones over the head, drag the bodies behind the building, and carve out some tasty collops. I have told him, as firmly as I am able, that that is just not done and probably will not happen.
And I am not your daddy.

Though I must say I'm tempted.

I can think of several of them who present a proper and nutritious balance between fat and lean. And, being a liberal, I am all about social justice and improving the world.
One conservative nutball axe-wipe at a time.

If I ever head to work wearing plastic protective gear over my clothes, to keep the juices from ruining my fine pressed pants, you'll know it's "Make Your Turkey Vulture Happy Day".
Probably also good for the environment.

One of them, apparently, is NOT treating his wife special this Sunday for Mothers' Day. As he very rightly pointed out, "she's not my mommy". They only got married three years ago, and although I know he has kids (adult children), I do not know if she does. I've only met her once. She married him, so it's not quite likely. 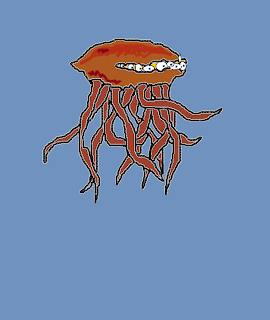 He used to be sort of semi-liberal, but since he met her he's gone over to the dark side. And retired, so he no longer has to deal with real people. It's sad.
A few years ago he was simply a bitter recently divorced government employee, since he's taken up with her he's a softer fluffier ultra-rightwing apologist for murderers and criminals.
All of whom are, remarkably, America's friends and allies.
Or our ruling classes.

It's amazing what a woman can turn some men into. One of my friends used to be fairly social, and decent company. Now we never see him anymore, and he swills much more wine than he used to. He's happy. Another one seldom shows up for pipe club meetings; he's moved to Modesto and bought a recreational vehicle.

Myself and a few of the people I know would probably not change. There would simply be two of us. So it isn't that surprising that we're single.


Sometimes I daydream about finding a woman with her own small creatures and an interest in tobacco pipes or surgical impliments, perhaps a collection of her own, who, although the idea of reading books together lying in the grass under the apple tree on a warm summer afternoon appeals to her on a purely intellectual level, actually is a city girl and would prefer staying indoors near the refrigerator and several jars and bottles of hot sauces. Because snacking is no fun unless it makes kissing an adventure afterwords.


"Hon, you have pastry crumbs in your hair."


After which some more tea might be in order.

It is, as you must understand, crucially important that a couple see eye to eye politically and religiously. What if he's Jewish and she's a neo-nazi buddhist? Or even worse, she likes a nice juicy steak or porkchop, and the man is a vegan anti-vax Qanon nutball?
You can just see the problems, can't you?

Couples who call each other 'mommy' and 'daddy' are just skating on the thinnest of egg shells. A man who feeds his wife breakfast in bed on Mothers Day probably wants to be spanked.

Don't need a wife for that. His friends can do it for him. Severely.