As I always do when I have a medical appointment, I showed up nearly half an hour early.
It sets the tone; relaxed rather than rushed. I don't know whether the medical professionals appreciate it, but I certainly do. This morning I saw the eye doctor. We did some tests, and it appears that the situation in the left eye is stable, though the Latanoprost eye-drops will continue for the foreseeable future. Meaning that if all goes well, I won't be blind in that eye until long after I'm dead. The unforeseeable future, so to speak.

Because of course everyone wants to have both their eyes open and fully functioning up to the very last minute. Which will at that time disconcert their remaining nearest and dearest.


"I thought he was staring at me fixedly. Turns out he had croaked several hours earlier. It wasn't  obsession, simply a nasty old codger."


Mmm, yeah. It may be more than thirty years hence, but it's never too early to plan.


Wandered off into Chinatown afterwards -- my eye doctor is located there, so her office is easy to get to -- and considered that it was far too early for any food, though I had been up for hours already. Two cups of coffee, a smoke while skirting the garbage truck which visits my block every Monday morning, argue with the turkey vulture sitting on my bed clutching my wallet and insisting that it was his baby and I the heartless man would tear it from his motherly breast over his dead body, shave and shower, throat lozenge, bus.

That least bears mentioning, because my transit card is in my wallet; so I had to take it back. Snatched it while he was dozing.

For totally neurotic reasons I had decided that it would be appropriate to bring the same pipe for smoking after the eye visit as last time; an apple shaped silver banded little number of probably the same bowl dimensions as an eye ball. 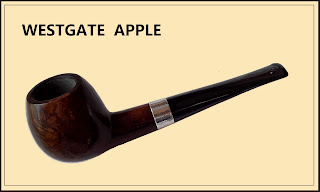 Which I loaded up while watching elderly grannies on the basket ball court at Willie "Woo Woo" Wong Playground (黃顯護球場) practicing their shots and dribbles.
Gotta watch out for those ladies. They're kick ass.


One has to wonder what they were like when they were still going out to dances and cocktail parties with gay bachelors. Probably sizzling.