IS IT SNOWING BACK BACON?

Despite a lovely illustration of the dish on the lower half of the window, it was nowhere to be found on the menu. They're still new, so there are a few wrinkles to iron out. Had something else instead. While there I recognized an old lady at the opposite end of the room, and it took me a while to rememember where I've seen her before. I doubt she recognized me; all of us non-Chinese sometimes look alike.

The staff recognizes me. When another patron marvelled at my speaking Cantonese, two staff-members took pleasure in informing him that I also read and write Chinese.

Which I do, but impressions of my literacy are greatly exagerated; I am fully fluent in "menu", far less so in very many other fields. Call it a goal-driven cleverness.


The colour and entertainment were courtesy of a Hong Kong newsprogram on the overhead television: empty shopping streets in Peking, the orderly transfer of power from one severe Protestant reform school head to another in Fragrant Harbour, burning several politicians' homes in Sri Lanka (opportunity!), plus the Phillippines becoming the perfect definition of a republika ng saging. Which it already was, but just much more so. Isang saging bulok.
Jika pisang yang busok bau seperti surströmming, itu nya.
嘩，噉好臭嘅香蕉，爛過頭！ 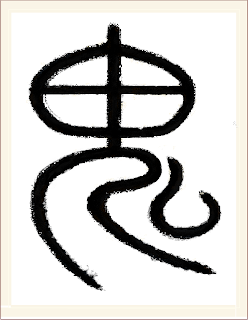 My meal was excellent. It did not suffer from the strange foreign scenes on the telly. The after lunch smoke, however was short; it suffered from the outside temperatures.
I did not dawdle much. It is bitterly cold outside.

Did I already mention that I'm blaming Republicans for this weather?
I'm thinking of pulling my Canadian overcoat out.
This is our new climate, eh?