THE SHAKING OF SPEARS

A friend who did not show up for the meeting of the local pipe club is still tromping around the wilder parts of the globe; northern Syria, the western islands of Scotland, or the wastelands south of Oklahoma all the way to Juarez. As a native of warmer wilder place where there are zebras and assegais, he naturally believes himself immortal, and he prefers areas where one can perch uphill behind a few boulders to take potshots at British patrols, swearing under his breath. Like myself, English is one of his fluent native languages, but he will express himself with quite unBritish candor. While happily swilling tea and chomping on a piece of buttered toast with thick cut Oxford marmelade in between reloading.

We missed him. Actually, we missed a whole bunch of the crusty old fossils with their briars. One much esteemed member is in Boston recovering from a heart attack several months ago, one of us is recovering from a bad bout of covid though having had all of his shots, another one is caring for his wife who has covid, a third is dependent for transport on a possibly infectious person, a fourth has not been heard of in months (tending to elderly parents and other things), and several others may have simply decided that as the interesting crowd were not going to be there the heck with it all.

Perhaps they needed to celebrate Pride month or warmer weather or recover from severe post-game hangovers or something.

All of this meant that extremely few people showed up. Sparsely attended is not the word. Try abysmally bleak. 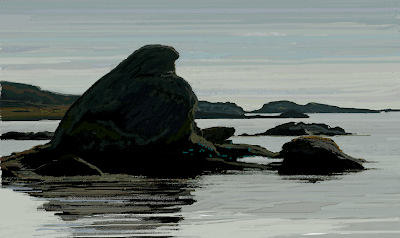 Albeit with an excess of cheese and cured meats. Plus wine.

Neil showed off his latest acquisition, that being a very splendid Dunhill billiard which is over eighty years old and was only smoked by a little old lady after church on Sunday; stamping and blast in perfect crisp condition. Mike puffed on a blend that Greg Pease had given him a lot of about eight years ago. Some Palmetto Balkan by Jeremy Reeves was enjoyed.
It turns out that there was rather a lot of cheese.
Plus cured meats. And wine.

I abstained from the wine.


The local pipe club being rather a civilized bunch of mature individuals, there were no Hobbit or Gandalf wannabees or Sherlock Holmes fanboys present. So there was no one there with a churchwarden or Calabash, and nobody lit up anything with vanilla, chocolate, or cherry.

Other than sleeping fitfully last night because of all the cheese it was lovely.

There's something about splendid tobacco blends that contain Turkish and Latakia which prompts memories. My brother studying chess late at night, Pauline smoking her gorgeous Sasieni tan sandblast apple, chilidogs from Doggie Diner. And the Occidental on a Saturday, during the off season, with only three or four other people there. Bob happily reading the newspaper with a cigar and a half splash of Bourbon on his side of the counter.
Late nights near the office, before the rainy season.

Also recollections of bogs and moorlands, late autumn, walking toward the watermill over a dirt road. There's a pub there with an unpleasant bartender, but they have Trappist beer. Which is great with a cheeseplate.