LITERACY; NO USE TO GOOD CHRISTIANS!

Apparently Pizza Hut is doing something that is really pissing the MAGA crowd off. They're encouraging kids to read books. Okay then. They've got my vote. Normally I don't eat pizza more than once or twice a year, seeing as I'm not a New Yorker and do know that there is other food in the universe, but it's probably a good time to up my pizza intake. Nothing says balanced diet with all the major food groups plus high fibre and heightened consciousness better than pizza.

Pizza is manna. Pizza is soulfood. Pizza is life.

There are several prominent MAGAites who have shat themselves already talking smack about the kids reading program -- one of the books is about a child who becomes a drag performer -- and one hopes that there will be more. Anything that gives those folks acid indigestion is good; I sincerely wish them burning acid indigestion down to their coccyx.

As I understand it, Florida, Ohio, and Texas are solid MAGA.
It's what happens when white bread goes moldy.
Or illiterate cousins inbreed . 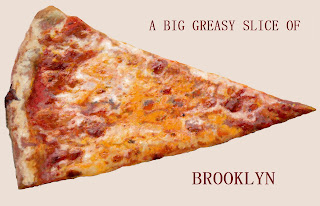 I'm willing to bet that pizza in Florida, Ohio, and Texas, is downright inedible. Fit only for fundamentalist Christians, morons, and Ted Nugent fans; even the fratboys who normally thrive on left-over pizza for lunch to cure hangovers probably mail-order it from the civilized states, or drive for hours just to go somewhere where the pizza is actually edible.
Northern states, or the West Coast. Or Mexico during spring break.


If you live in Florida, Ohio, or Texas, being literate will only make you unhappy.