When I make milk tea at home I like to simmer it with several slices of ginger and some Chinese black dates, for both sweetness and flavour. The red dates are sweeter, but the black dates have a pleasant smokiness. Supposedly both types are mildly tonifying, and good for you, as is ginger. But whatever. Think of my version as kind of like masala chai.
Please do not think of masala chai at coffee places as masala chai.
That stuff is crap.

Come to think of it, everything at chain coffee places is crap.

Haven't been inside a Starbucks in years.


Today I had two cups of milk tea in Chinatown. Lunch, then a tea-time snack. Followed, as you would expect, by a bowlful of pipe tobacco enjoyed without anyone yelling at me that I'm killing children and little dogs, which tobacco smoke is known to do. That is why you cannot enjoy it in Berkeley, or the downtown Financial District. Or anywhere within ten miles of a school where the offspring of yuppies go. 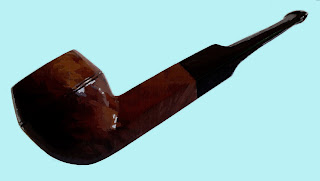 The pipe in the illustration above always reminds me of a bakery run by vegetarian spiders under telegraph Hill, accessible only by an interdimensional portal in an alleyway that leads to a tunnel with soft lighting. At the end of which is the bakery in question.
Which I first heard about six or seven years ago. 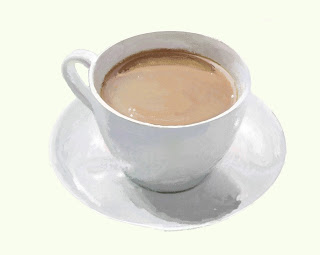 It was a few years before I had a certain medical issue treated, and things were a bit strange during that time. I'm considerably better now, but the interdimensional portal is harder to find. Being more fully grounded in reality sadly has that effect.

This other pipe was smoked after lunch (龍脷魚飯、奶茶'lung lei yü fan, naai cha'). Started in that same alleyway with the tunnel, finished half an hour later in the alley where the Shanghainese lady lives on the edge of the Financial District, near my bank.

The real world bakery where I went used to have all kinds of tasty things, but business during covid has been a bit limiting, and many of the old regulars have stopped coming so often, for various reasons. I myself largely avoided inside dining and tea drinking until I had received two shots, and having now had four, I feel more confident about interiors.

Well over a hundred businesses have closed in Chinatown during the pandemic. These are hardworking people whose dreams have come to naught and jobs that have been lost. The neighborhood has been reduced. There are several shops and restaurants which are operating on a thinner margin. On my days off I shop and dine in Chinatown.
I desperately want the place to survive.

The title of this post is taken from the accounts of people who lived in Java during the twenties and thirties, when the Great Depression changed things for ever.
It would mean something to them and their descendants.
Destruction, sadness, and sweetness.