Amid all the doom and gloom of the past few days, there are a few bright spots.
Sure, like many people, billions of 'em in fact, I am in dark despair over the deaths of Michael Jackson and Farrah Fawcett. Like you, I spent a large part of my twenties and thirties grooving endlessly to the mellifluous beats of Michael's soulful ballads on the juke box, while dreaming of fondling the hands of Farrah Fawcett, perhaps imaginging myself one of her busty but less-competent associates in an episode of Charlie's Angels. The seventies or eighties were magical decades. And like you, I no doubt think back fondly to the stellar fashions of that age - the pumped hair, the tight tight shiny shirts with wide lapels, the white pants that showed off my snake-like hips.
Oh yes, far out, and like wow, totally.


But anyway, bright spot: the ongoing war between Snooky Wong and Grant Patel. Snooky hates Grant with a passion at this point. A passion that requites his emotional investment in bucket loads. Grant should be so pleased - she's deigned to notice him. No longer will he have to sit up and bark for attention.


She writes:
"Yes, Grantipuke, you ARE THE MOST DISGUSTING HAHMSAPLO in San Francisco!!!!!!
I really cannot think of a more odious and degenerate person as yourself. No wonder you are not married. "


I confess a similarity with Grant here. I too have been described as a hahmsaplo.
It happened after I leaned over a counter and oozed: "wah, siu-jieh, Ney tsan-hai hooooo-leeeeeng-ge...., Ney kiew meh meeeeeeeng, ah?".

You do not need to know what that means.

Hahmsaplo translates as salty (hahm) moist (sahp) fellow (lo). Hahm is the flavour of fish, or the reek of gym clothes. Sahp is juicy like fruit or wet like the floor after you've spilled a drink. Lo is more often applied to older men, especially those of dubious Chineseness. A white man is a kwailo - a foreign ghost-devil demon fellow.

So, as you can now understand, hahmsaplo really means dirty old pervert.

It was therefore perfectly appropriate when the teenager at the bakery snapped that term in my direction after I had asked her name. The frisson was precisely what the doctor ordered. And no, Savage Kitten does not need to know about that. It happened before I met her in any case. Water under the bridge.


Snooky Wong also writes:
"I will admit that the concept of sex has a certain limited intellectual interest. Until I was thirteen, I did not even wonder about gender differences or whatever it is that married people get up to when they think the neighbors can't hear."


This must be typically female. The men in my circle of acquaintance all thought about sex one hundred percent of the time by age thirteen. I may be wrong, but though entirely hypothetical, the interest was not at all intellectual in nature.

At least I don't think so.


Snooky continues:
"But if I wonder in anyway about it at all, you odious Parsee creep, it is rarely, and always purely speculative, and in the abstract. You, on the other hand, are depraved and desperate, and seem to have nothing else on your mind. Ever!!!!!
And you are at least forty years older than me! Sick pig man! "


After reading Grant's comments underneath several of her posts, and also after reading his own blog, it is clear that Snooky Wong is one hundred percent accurate in her judgment.
If I had a daughter that Grant Patel was cyber-stalking, I would purchase a double-barreled shotgun. I suspect, however, that Grant is neither really persuasive, nor capable of actually pursuing the matter. His interest in Snooky, while undoubtedly depraved, seems mostly an intellectual fancy.

Grant waxing lyrical about the prospect of a Cantonese teenager on a motorbike
http://grantpatel.blogspot.com/2009/06/petite-gold-skin-crash-helmet-lace-most.html


It is highly unlikely that a young Cantonese American girl would feel even remotely interested in the writer of those two posts. About the only thing possible is a cold, clinical curiosity. Perhaps a desire to poke Grant with a sharp stick when he is sleeping on his rock in the bright sun. To see if he oozes.
Grant Patel no doubt understands this.
I have little doubt that for his own workaday entertainment he sought to irritate the spit out of Snooky.
He seems to have succeeded.

I, for one, am titillated. Dude.

You know, I just can't work up too much sorrow over the loss of Michael Jackson. (a) he was just too weird and (b) he was a pederast. Sorry, but that precludes me from voting to now make him a saint or a great man. It should only happen to Ahmedinejad.

Were he and Richard Becker, the ANSWER dweeb ever "close"?

Thanks for all the links. Thgat ought ot pull in customers. Now everyobne can see what an utterly charming young gentleman I am. And be suitably amazed.

Being a responable teen is a great thing .

Today should be delicious. When I worked a few hours on Wednesday the boys in the back were livid about the FBI raid on Trump's residenc... 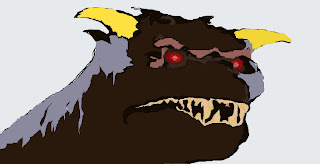