Yesterday, in addition to being my birthday, was also the day of the monthly meeting of the pipe club. Which involved salume, chewy French bread, some kind of brie-like cheese, olives, and smoked salmon. When I joined the boys, I brought my bottle of hot sauce, but did not use it.

Several different tobaccos were smoked; each of us can honestly say we tried two things new to us. A jolly good time was had. Mention was made of Deng Xiao Ping, standard shipping containers used in international cargo, as well as pumps and a kind of motor. When I returned to the table after a brief errand, bananas and the port facilities in Panama were being discussed. 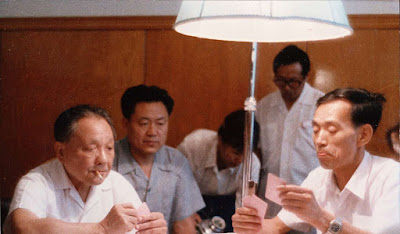 The tobaccos I smoked yesterday were my own aged Virginia blend, Bothy Flake (Samuel Gawith), and SHPC - VR Blend (Pipesandcigars.com) . That last is a Virginia and Perique crumble cake with plain cavendish which smells like an orgasm in a can. No longer made. It's rather nice.
Plus something Sutliff. Lamentable.

Not enough members in attendance for a minyan, unfortunately, so the cigar smokers watching football in the backroom outnumbered us by a fair margin, and definitely out-shouted us. But we were calmer.
And had whisky.

So just how old did that birthday yesterday make me?

Yeah, not true at all. But I'm comfortable with that.