IT MADE ME WHAT I AM TODAY

There is a new pipe group on the internet. Several of my Facebook friends joined within hours after it was formed. I did likewise, because I respect their characters and their knowledge. And one of the reasons it came into existence was because one of them got booted from another pipe group for using the construct "stfu". No, I didn't see the comment in which he placed it, nor the comment or post to which that was in response. There are a huge number of easily bruised little daisies out there. As well as people who are passionate about smoking sweetened garbage in cheap crappy pipes that they never clean, and spreading nonsensical opinions unsubstantiated by any research or reading in the field upon which they bloviate.

When John uses "stfu", he uses it wisely.
I trust his judgment in this.
He knows stuff.

It was suggested recently that there should be such a thing as a pipe smoker resume. Either as a cautionary brief for the very young, who are so easily impressed by us bad examples and our impossibly divine coolness worth emulating, or because it may be interesting.

Okay. I'll play. Feel free to take me as an example, youngster, instead of those dreary hipsters. Some day you too will be just totally fabbelus.
I'm shining, g'dammit.

[Dreary hipsters: big beard. Waistcoat. Piercings. Smokes Molto Dolce or BCA out of an over the top Danish freeform while pontificating about his sincere opposition to Cartesian Dualism. Listens to The Doors. Stfu.]

There was a pipe in the window of the tobacconist next to Priem's bookstore when I was thirteen years old. Every week I visited the bookstore, parking my bicycle in front of the tobacconist for the time being. Eventually I bought that pipe because I didn't want it to disappear from my life.
I thought it was a very handsome piece.

A few weeks later, after I had turned fourteen, I realized that having a smoking tool without anything to put in it was somewhat pointles.
So I purchased my first tin of pipe tobacco.

Within two years I had discovered that I didn't like aromatics, and vastly preferred reeky mixtures with Latakia and Turkish leaf.

[Latakia: smoke-cured dark blending tobacco from the Eastern Mediterranean. Formerly Shek El Bint (a mutated relative of Burley) with a sherry-like aftertaste, nowadays Smyrna seed stock from Cyrpus, with a more perfumy herbal note. It's a key ingredient in English and Balkan style mixtures. It severely triggers glandered old cows in Berkeley and green people in the San Francisco financial district.
As does nearly everything.]

Started restoring collectible briar pipes when I was nineteen and habitually filling my pipes with Drucquers 805 and Royal Ransom.

[Drucquers 805 and Royal Ransom: Latakia mixtures which are no longer made. 805 was fifty percent Latakia, twenty five percent Djubec, the rest three different Virginias, and rather like Balkan Sobranie, although that was slightly less Turkish. Royal Ransom had over 50% Latakia, and a bit of shiny black ribbon Virginia to carry the Lat load; it was very Scottish, not unlike Black Mallory.]

My apartment mate did not know I was a stinky pervert when she moved in. Once, after a lovely dinner, when I was enjoying a bowl full of Syrian Three Oaks (which is no longer available now), I had her take a few puffs because she expressed an interest. The next moment I was on the floor being kicked. Evidently she did not enjoy the experience.
She still lives in the same apartment.
She has her own room.

[Syrian Three Oaks: Tad Gage developed the Three Oaks blend for the Buffalo Head Smokeshop (not entirely sure about the name of the place), then tweaked it slightly for the Syrian Latakia version. Medium-full English, a truly exceptional mixture. Unfortunately no longer made. The only thing coming out of Syria now is human misery.]

I have an insane number of pipes, including some really excellent pieces, a battery of steady smokers, and a pile of briars from dead people which are in various stages of clean-up and restoration; the decedents were not waiting for the work to be finished when they passed. A number of those are garbage, and were less than mediocre when new. Some of my best smoking-pieces started off in such horrible shape that they weren't considered redeemable, though.

Some pipes evoke bygone times and the well-spent lives of the previous owners. Engineers in the fifties and sixties, men of spare elegant tastes. Bon vivants, a short Chinese woman in Berkeley, a lean lawyer I once knew who loved classical music, world travellers ......

[Before my father passed away he gave me his pipes. I had first "borrowed" them when he went on vacation to London for a fortnight with his girlfriend. The moment the car was out of sight, I was upstairs in the study in the second left hand desk drawer where they were stashed. Lovely pieces; Petersons and Comoys.

He had given me a generous fund for household expenses, and three orders to follow: "don't burn the house down, make sure there is plenty of toilet paper when I get back, and make sure there's coffee". Okay, can do. It was a lovely vacation. I smoked lots of Balkan Sobranie, and had a grand old time. He inspected the house thoroughly when he came back, and seemed disappointed.

Years afterwards I finally figured out why. See, he had left a teenager with an empty house and an unlocked liquor cabinet, and all the evidence indicated that instead of taking riotous festive advantage of the situation, I had simply smoked my pipe and swilled coffee for that entire two weeks. Ferris Bueller, no.
Sometimes I'm dense.]

No, I do not have any of the pipes from the last two smokers of Erinmore Flake in Marin County, who left us two years ago. Nice gentle old fellows, enjoying their retirement and their gardens.

A retired Englishman of my acquaintance recently gave up smoking, because he finally had a bout of bronchitis which nearly felled him. His pipes have been all over the world. London, Rome, Burma, Northern India when he was stationed there, Malaya, and Hong Kong afterwards.
They'll be restored (soon) as best I know how, but though I like him, I shan't acquire any of them for myself. He smoked ghastly aromatics, and hot boxed his briars. And they are all too big.

One of my favourite items is a pipe from a French manufacturer who stopped producing pipes two years before the war. Smokes lovely. Classic piece. Marty Pulvers sold it to me fifteen years ago.


My apartment mate tolerates my bad habits, but has insisted I smoke outdoors in recent years, instead of lurking in the kitchen with the window open. When she is at work (she has a normal Monday to Friday schedule), I enjoy smoking inside with a cuppa on my days off. Such as right now. The windows are open, her bedroom door is closed, the evidence will have dissipated by the time she returns.


My doctor regularly tells me it's a horrid habit. And recently, when getting pill refills, after an entire conversation in Cantonese, the pharmacist saw the pipe in my hand and told me, in English, that smoking was unhealthy. It's probably pointless saying that in Cantonese, most old crotchets who speak the language just won't hear that. Strange mental blip of theirs.
Yup, nice weather.

On my way out I heard one of the people there remarking that unless you saw me, if you only heard me talk, you would never believe that I wasn't Chinese. Apparently years of watching Hong Kong gangster movies has paid off.

If you didn't see me, but only smelled me, you'd know instantly that you were dealing with a crusty old Englishman. That odeur of flue-cured, that suspicious hint of a degenerate top dressing, that repulsive aura of Lakeland funk (rose essence and geraniums). Or Perique.
Probably likes horses. 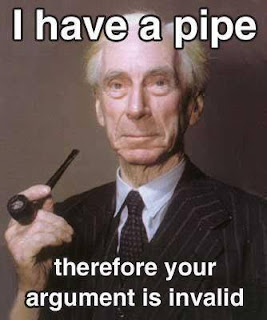 Nothing is quite as enjoyable as an hour with pot of strong tea, a bowl filled with matured Virginia and a smidge of Perique, and a book by a notorious Russian pervert intellectual who lived in Switzerland for the last years of his life. Or perhaps the collected shortstories of Saki (H. H. Munro). Wyndham Lewis is good too, but you have to be in the mood for his stuff.

[Virginia and Perique: two mixtures which I highly recommend are Dunbar and Dorchester, made by Germain for the Esoterica label. Orlick's Golden Slices are also very nice, as are several of Greg Pease's Fog City blends.]


Hello Kitty's grandpa smokes a pipe.
In case you really didn't know.
He's fuzzy and lovable!
Me too, me too.


If you really want to kick it up a notch, Russ Oullette's recreation of Bengal Slices is great fun. Several puritans will have fits.