Sometimes there are things remind you that you have grown up, and the responsibilities weigh heavily. And sometimes something tells you to bugger that and remain as youthful as you still feel. Despite the creaking joints and the aching absence of eating out in pleasant company (well, just myself, but I people watch) with dollops of "tempt-the-fates" hot sauce on damned well everything. Fortunately I have enough hot sauce to endure.

Years ago, when I was still employed by the toy company, someone told me: "Hello Kitty must not be insulted. Or. Else!" 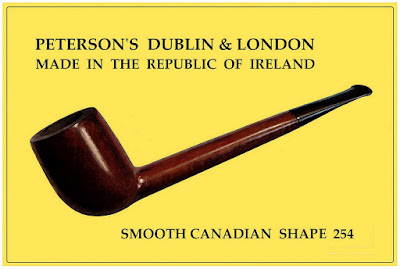 THE PIPE HELLO KITTY WOULD SMOKE

Over the years, because I've occasionally mentioned that feline on this blog, and purchased a handsome Hello Kitty backpack to carry my stuff around in, friends have gifted me with Hello Kitty merchandise they thought I might like. The backpack has been retired, because the zippers were failing. It has been replaced with a Minions bag. Just as functional, but expressing a sentiment with more existential angst. Maturity.


As a side note: Ladies, it's okay to see a man who has Hello Kitty crap. Lots of mature philosophical pipe smoking gentlemen have that. Don't let it scare you. In his case, it's an ironic construct. Men, avoid women who have Hello Kitty stuff. They're nuts. 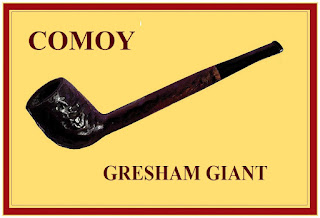 Lunch today will be in the pleasant though somewhat limited company of a stuffed turkey vulture and a one-legged gibbon. Usually it's just the turkey vulture, but I really need stimulating conversation, and he's too focused on corpses and cadavers for good cheer. So "banana breath" will add an intellectual touch. After that I'm off to Chinatown for grocery shopping and the third pipe of the day.

On the second pipe of the day. Gillingham Mixture. The Peterson above has a smallish bowl, and the tobacco is performing very well. Ignoring the world, because the news has more drama than I need.

When everything is going haywire, screw it all, and light up a pipe. Have a cup of tea. Wildfires in California out of control and the air outside smelling of burning trailer parks? Bugger it, light up a pipe. And another cup of tea. The election turning into a soap opera with gun nuts? Bugger. Fill a pipe, have some more tea. Texas, Georgia, Mississippi, Alabama, and Florida becoming "no-go" zones? The Mid-West? Pipe, tea.

Having trouble sleeping? Pipe and tea.


There is enough pipe tobacco in this apartment, plus briar to smoke it in, that surviving the apocalypse is do-able. And plenty of tea and hot sauce. The stuffed critters are okay with that, possibly excepting Hello Kitty, who is a severe and disapproving closet Nazi anyway, and they agree that a man needs something to keep him occupied.

This Saturday I'll probably crack a tin of Astley's No. 9 Medium Flake. It's been a while. I recall it being similar to Marlin Flake, though more figgy.
Earthy, leathery, grassy, and a suggestion of dried fruit.