Somebody on the Facebook page for pipe smokers today whined that there were too many selfies, pictures of pipes, and mentions of recent tobacco purchases. What he wanted was information! Nothing but good solid knowledge and data, soberly presented, and nothing else at all.
He wished to have the admins see to that.

Just scroll right on past it. There is both everything and nothing to see here. The drama is in your own head. There is very much on the internet that I do not wish to read, but I neither expect nor demand that it not be posted.
The internet is a grand garbage dump, and attentive reading means that sometimes you must NOT read. Or watch.


For instance, I always deliberately ignore videos of Trump, rabbi Yosef Mizrachi, Rachael Ray, and Vani Hari. There's a word for shite like that.

I do watch kitten videos. But I don't expect everyone to do so.

He mentioned "the last six tobaccos purchased".
As a subject of particular irritation.
Why did people do that?!?

So I posted a little something there.

Tim: C&D Bayou Morning Flake, Five Brothers, C&D Crooner (2oz out of curiosity,) C&D Bayou Morning (one pound in bulk,) Sutliff Balkan II (my mainstay at the local head shop which serves as the closest thing to an actual tobacconist,) Samuel Gawith Kendal Cream (I have discovered that I like Lakelands.)

Maybe. I don't buy that often so it's over nearly six months I'd say.


That's twelve respondents, six tobaccos each. I am still waiting for Mary, Kaz, Adrian, Jerome, Mason, and others, to chip in, which I hope they will. Seeing what all these people are smoking is fascinating.
Gage and Oullette will be particularly interesting.


By the way: a selfie below. 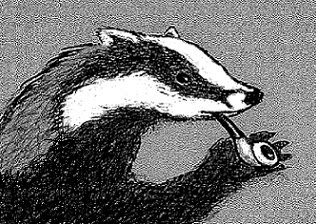 Lagniappe: Here's a tobacco review of by Justin at 'The Tobacco Diaries':
Samuel Gawith Skiff Mixture