Haircut: My barber often talks crap with the customers, but he always tries to make sure they know that the middle-aged white dude waiting his turn on the couch speaks Cantonese. Just so that they're forewarned.
Because Cantonese-speaking white dudes listen in.
We're kind of sneaky that way.

Apparently I have success chasing girls by being able to speak Cantonese (hoo-hah!), get the best food in restaurants (sometimes true), have a lot of money (that's a laugh), and am desperate for the kind of attention that the woman getting her hair dyed red can give (no).

A long wait -- three people having their hair dyed or waved, one guy with a variation on the military cut -- but a very quick snip. I look clean now.
Which is precisely right for New Years, coming up in ten days.

Perhaps I should have come earlier. Still, when I left more than two hours later, there were four more people waiting, including a pissed-off gentleman and his smiling wife (she didn't need a haircut, he did), and a number of phone-callers had been informed that he couldn't do them today.
Everybody is getting their hair cut for new year!

Well, being white, that means a little less to me than most normal people.
But I knew it would be a battle, so I got out of the house before noon.
After my haircut I had lunch.

Then a smoke. Then did some vegetable shopping, had a cup of milk tea and a wife biscuit, and had another smoke. Home, and coffee.
I'm feeling a slight urge to have yet one more smoke.
And my head is itchy, I must scratch.


But which pipe shall I chose?

There are no easy equivalents for the terms 'squat bulldog' or 'Peterson'.
The first is a pipe shape, the second a well-known pipe brand from Ireland, and unless otherwise specified a full bent system standard is usually meant, with a military mount and a nickel ferrule. And I shan't even try to find out how to explain that in Cantonese, though it certainly can be done. 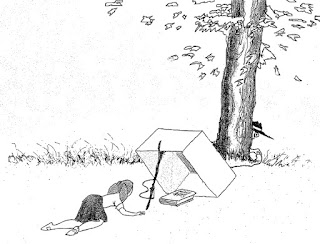