THIS IS SO RIGHT!

There are times when my faith in humanity is restored, often when reading something eye-opening and truthy. Like many celebrities, I have my moments of doubt -- especially self-doubt -- but I transcend those and concentrate on bringing goodness and light into the world.


Probably the best news ever, from the internet:


"Australia is not real. It's a hoax, made for us to believe that Britain moved over their criminals to someplace. In reality, all these criminals were loaded off the ships into the waters, drowning before they could see land ever again. It's a coverup for one of the greatest mass murders in history, made by one of the most prominent empires."

"Australia does not exist. All things you call "proof" are actually well fabricated lies and documents made by the leading governments of the world. Your Australian friends? They're all actors and computer generated personas, part of the plot to trick the world."

"If you think you've ever been to Australia, you're terribly wrong. The plane pilots are all in on this, and have in all actuality only flown you to islands close nearby - or in some cases, parts of South America, where they have cleared space and hired actors to act out as real Australians."

"Australia is one of the biggest hoaxes ever created, and you have all been tricked. Join the movement today, and make it known that they have been deceived. Make it known, that this has all just been a cover-up. The things these "Australian" says to be doing, all these swear words and actions based on alcoholism, MDMA and bad decisions, are all ways to distract you from the ugly truth that is one of the greatest genocides in history. 162,000 people was said to have been transported to this imaginary land during a mere 80 years, and they are all long dead by now. They never reached that promised land."

"Tell the truth. Stand up for what is right. Make sure to spread the world - Australia is not real. It's a codeword for the cold blooded murder of more than a hundred thousand people, and it is not okay. We will not accept this."

"Stand up for the ones who died. Let it be known, that Australia does not exist." 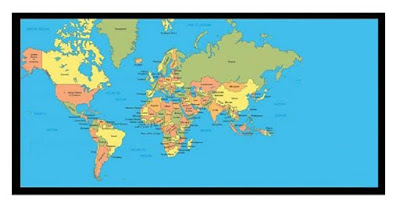 Email ThisBlogThis!Share to TwitterShare to FacebookShare to Pinterest
Labels: Australia